Since gaining recognition for his role in Ashes of Love <香蜜沉沉烬如霜>, Mainland actor Leo Luo Yunxi (罗云熙) received the nod to play lead roles. As expected, he garnered great praises starring as the protagonist in And the Winner is Love <月上重火>, and more recently, office rom-com Love is Sweet <半是蜜糖半是伤>. Displaying intense chemistry with co-star Bai Lu (白鹿) in Love is Sweet, the role came at the right time for Yunxi, allowing him to show viewers that he is more than capable of a dimensional performance. Surging in popularity with a growing fanbase in tow, Yunxi is quickly rising to the top ranks of the hottest Chinese actors. However, the 32-year-old did not achieve such stardom easily; he rerouted his career twice before settling into acting. 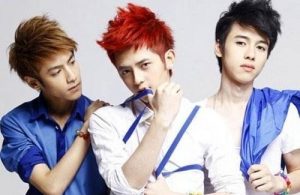 Coming from a performative arts family, Yunxi was influenced by his father, who was a dance teacher, to begin learning dance at a young age. After training in ballet for 11 years, he got admitted to both Beijing Dance Academy and Shanghai Theater Academy in 2005. He chose to major in ballet at the latter without a thought as actor Hu Ge (胡歌), who he greatly admired, was an alumnus there. Soon after graduation, he worked as a dance instructor at the School of Dance of Macao Conservatory. A year later, the actor wanted some change in his career and decided to become a trainee. In 2010, he made his music debut in a boy band called JBOY3. However, the group failed to gain popularity, and they soon disbanded in 2012. 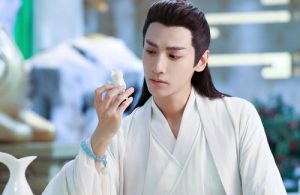 Staying resilient, Yunxi changed his career path to becoming an actor. For a few years, he was relatively unknown until he landed the role of Runyu in Ashes of Love. With clean looks and a graceful aura, Yunxi possessed a disposition that reflected the character. This was also the case with his character in And the Winner is Love, as his elegant temperament had many fans fawning over him. Although he received great love from these two works, his fans were also worried that he would be typecast into playing reserved characters.

Displayed a New Side of Himself 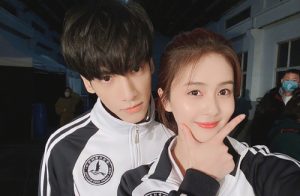 However, it turns out that they did not need to worry because Yunxi’s loving and domineering role as a boss in Love Is Sweet clearly shows the actor is also capable of handling fun and light-hearted characters. Viewers are also able to see a new side of him being free and experimental while displaying a range of emotions. Such acting was held back in his previous two roles to construct a very refined image. So, undeniably it is very refreshing to see him let go of himself to play Yuan Shuai, who is seemingly very strict but is actually a big softie on the inside.

Showing diverse capabilities and a good image, it is unsurprising these are the reasons why the director cast him. While the contrast in his character’s personality is one of the main highlights of the drama, it would not be apparent without Bai Lu playing his female counterpart. The romantic sparks between them are as vivid and passionate as their personalities, and it is undeniable that their bickering is an entertaining show.

Prohibited From Dating for Five Years

While he is free to express his loving side in Love is Sweet, Yunxi’s contract states that he is prohibited from dating in real life for five years. However, he is not too concerned about it as he is devoted to his acting career.