“The Voice 4” To Feature TVB Artists 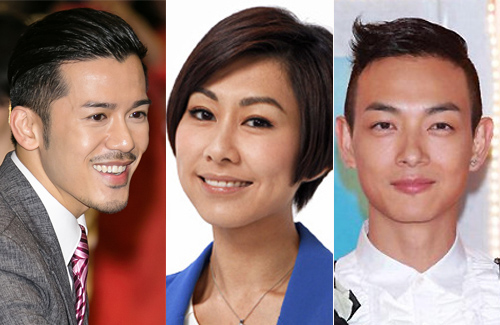 There will be drastic changes for the upcoming fourth series of TVB’s singing competition, The Voice <超級巨聲>, which is slated to air this summer on TVB Jade.

The award-winning competition show debuted in 2009 to huge success. The singing show came with the guarantee that winners of the competition would become Hong Kong’s next superstars, but despite going through three popular runs, only two contestants made it to the big stage after the show – Alfred Hui (許廷鏗) and Mag Lam (林欣彤).

With ratings decreasing every year (the third series peaked at only 22 points), TVB senior executives decided that it is finally time for a policy change.

A TVB insider revealed, “The company invested a lot on their The Voice stars, and that compromised the careers for many their third and fourth line artists. At an earlier meeting, our boss suggested that we should get our own TVB artists to compete in the show. Those who participated in earlier seasons will not be able to participate. This opportunity will be reserved for TVB artists only. This plan may work. After all, the audience may share more affinity with the show due the familiar faces. It may bring the ratings up.”

A source spilled that TVB has already sent a message to their artists about the competition, and auditions will be held sometime this month.

TVB has also sent invitations out to Harlem Yu (庾澄慶) and Eason Chan (陳奕迅) to be the judges for the star-studded competition.

“Harlem is expensive to hire, but TVB is willing to fork out the money. Now they’re just waiting to see if his schedule works out!” the insider reported.

TVB music producer, Mak Jan Dung (麥鎮東), confirmed that The Voice 4 will invite TVB artists as participants, “Auditions will be held soon, but we have not decided on the competition format yet.”

Source: Next Magazine #1206 via kuangaitvb.com

33 comments to “The Voice 4” To Feature TVB Artists