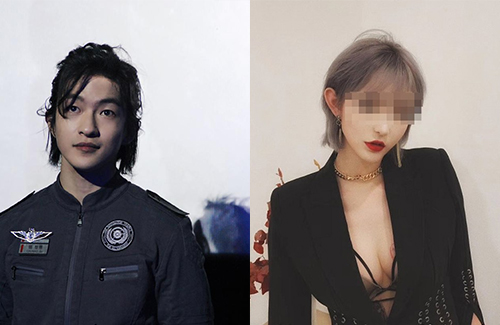 25-year-old Chinese actor Qu Chuxiao (屈楚萧), best known for starring in the critically-acclaimed film The Wandering Earth <流浪地球> and the 2019 TV drama Ruyi’s Royal Love in the Palace <如懿传>, is accused by an ex-girlfriend for being into the sexual acts of sadomasochism (S&M). 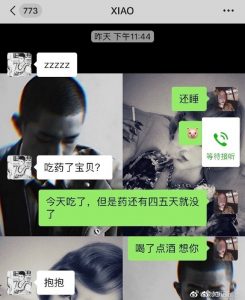 With two back-to-back critical successes under his belt, Qu was 2019’s rising actor to-watch. Though he’s had a relatively clean image, his likeness took a dip when he was photographed acting intimately with a girl inside a Buddhist temple in Beijing. Qu publicly denied dating. Soon afterwards, a netizen—speculated to be the girl Qu was with in the temple—posted on social media that she got dumped by her boyfriend.

Soon afterwards, another woman stepped forward and claimed that she was Qu’s ex-girlfriend. She said Qu had a “strange hobby”, which was S&M. The woman shared proof with pictures.

“I’ve been thinking a lot these past two days,” wrote the woman. “This isn’t something that I can just let go. This relationship had not only affected me psychologically, but it was also very painful. Even after such a long time, I am still trapped. I had contacted his manager so we could talk about it, but to no avail! I am just a girl, so today, I will publish these very private photos, because I don’t think this should be silenced.” 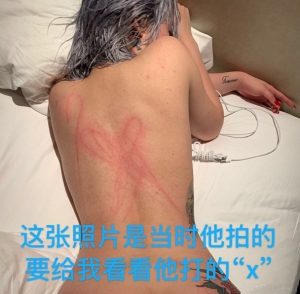 The woman said Qu is a sadist, and enjoys inflicting pain on his sexual partners. The woman herself was beaten, and shared a photo of where Qu had whipped her to the point where she had an ‘X’ on her back. She said, “He took this photo. He wanted me to see the ‘X’ that he made.”

Much like the infamous character Christian Grey, the ex-girlfriend said Qu made her sign a contract. He even requested her to film herself slapping her own face, and would threaten her with a cage if she disobeyed.

“To me, the most important thing is to face my own experiences,” she said. “It is time to end it. You can say that I am being vengeful. You are right. I am. But I really want to escape . . . I don’t hate him. I just don’t want to be locked in anymore.”