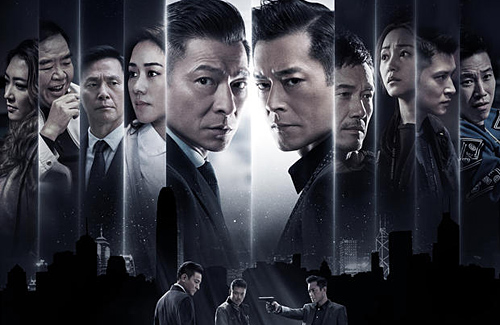 Produced by Andy Lau (劉德華) and directed by Herman Yau (邱禮濤), The White Storm 2: Drug Lords <掃毒2天地對決> opened to great success in China. On its first day of release on July 5, the movie has already grossed over 100 million RMB.

The White Storm 2: Drug Lords was originally slated to open on July 12, but moved up its release date to July 5 after Sino-Japanese war film The Eight Hundred <八佰> withdrew from its designated opening date. Despite the last-minute change, The White Storm 2 ramped up its promotions and opened strongly at the box office.

Although having been close friends with Yu Shun Tin in the past, drug lord Fung Chun Kwok/Jizo (Louis Koo) feels betrayed after getting his finger cut off by him. With Jizo going head-to-head against both Lam Ching Fung’s police force and Yu Shun Tin, will this drug war destroy all of them?

1 comment to “The White Storm 2: Drug Lords” Grosses Over 100 Million RMB on First Day of Release