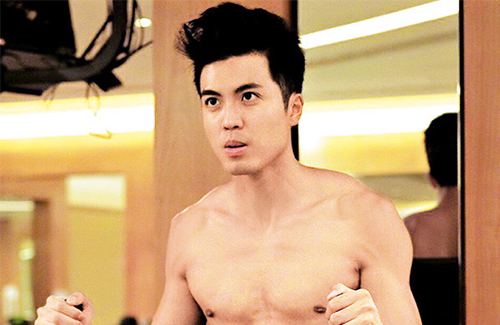 The Witness <木棘証人> actor Marco Lee (李嘉晉) is being accused of sharing nude photos of his ex-girlfriend to the public without her consent.

Last month, a woman known as “Miss C” broke to the tabloid Eastweek that she is being wrongfully accused for selling sex after a nude photo of hers started surfacing on social media.

Accompanied by her close friend, older brother, and younger twin sister. Miss C told Eastweek that some of her nude photos, photoshopped with her phone number, had been circling in social media since this October. “It started on October 4, my birthday, she said. “Someone took my half-nude photos, photoshopped in some fake captions, and released it on Instagram, Telegram, WhatsApp, and other public chat groups. Everyday photos of me and my sister, were also shared, and they had my sister’s real phone number. I did share a lot of those photos on social media, but not all of them.”

Miss C said the nude photo in question was saved in her old Redmi phone. “I had a lot of my own photos in that phone, but I left that phone at my ex’s place after we broke up last November,” she said. “I did ask him to give it back to me, but he told me he threw it away. After that incident on October 4, I went through my account history on Instagram and saw that someone had logged in with a Redmi phone.”

Marco debuted eight years ago after graduating from TVB’s 26th artiste training class in 2012. Popular actor Matthew Ho (何廣沛) was also his classmate. Tall and good-looking, TVB was waiting for the perfect opportunity to promote Marco. After The Witness, he got casted in major supporting roles for the upcoming Plan “B” <寶寶大過天> and Take Two <換命真相>.

Miss C met Marco in June 2019 at a casino in Macau. They were there to shoot a commercial film together, which also included Louis Koo (古天樂).

“My ex and I dated for about half a year, from June to November 2019,” recalled Miss C. “I didn’t think we were suitable. I was the one who broke it up. About two weeks later, his friends told him that I had cheated on him, which was why I ended things. He never left me alone since! He kept telling me that he was very unhappy because no one ever broke up with him before, and then asked if we could get back together. Of course not! He got very passive aggressive on Instagram, and talked in a way where it really sounded like I had cheated on him. I did remind him that he’s a TVB artiste, and it’s not a good look on him if he keeps telling lies.”

Because of this scandal, Miss lost several modeling jobs. Her agency had to temporarily put her career on hold. Constantly harassed by unknown callers, Miss C has been under a lot of psychological stress.