Tony Hung: “I have Higher Chances of Winning the Lottery Than TV King!” 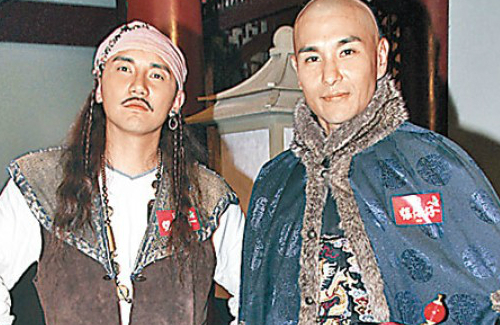 Originally hosting TVB’s travel programs, Tony Hung (洪永城) and Priscilla Wong (黃翠如) began to take part in drama productions in recent years. Proving themselves likeable onscreen, both artistes were promoted to leading roles this year. However, Tony laughed that he is still far from obtaining the name of TV King, and would more likely win the lottery instead.

Tony is the male lead in Captain of Destiny <張保仔>, one of TVB’s anniversary series this year. Although anniversary series are heavily promoted and usually receive much hype, Tony exclaimed, “I believe my chances of winning the lottery is higher than winning the TV King award! But if I do get nominated, it means I’ll be onstage along with Wayne Lai <黎耀祥> and Ruco Chan <陳展鵬>. I’ll bring along my selfie-stick and take selfies with them!”

Speaking of who he thinks will become TV King this year, Tony expressed, “Ruco! He placed a lot of effort in filming Eye in the Sky <天眼>. The character design was great, and I hope he can win!”

On the other hand, Priscilla also remarked that it is impossible for her to become this year’s TV Queen. She would be happy just to get her name nominated. In terms of whether or not she hopes her boyfriend Edwin Siu (蕭正楠) would win the TV King award, Priscilla exclaimed, “He is already the TV King in my heart!”

This article is written by Shirley for JayneStars,com.

10 comments to Tony Hung: “I have Higher Chances of Winning the Lottery Than TV King!”