Announcing his engagement last week, Tony Hung (洪永城) had actually proposed back in February. Keeping the engagement a secret, as Hong Kongers were still affected by the pandemic and social unrest, Tony only revealed the exciting news to a few friends and family members. In great spirits after his engagement, Tony calmly faced rumors that his fiancee, model/ fitness entrepreneur Inez Leong (梁諾妍), is pregnant.

As Tony is a very practical person, his attempted romantic gesture impressed Inez. However, his proposal inside their home bathroom did result in some humorous moments when she had to stop him before he popped the question, as she really had to go to the toilet. 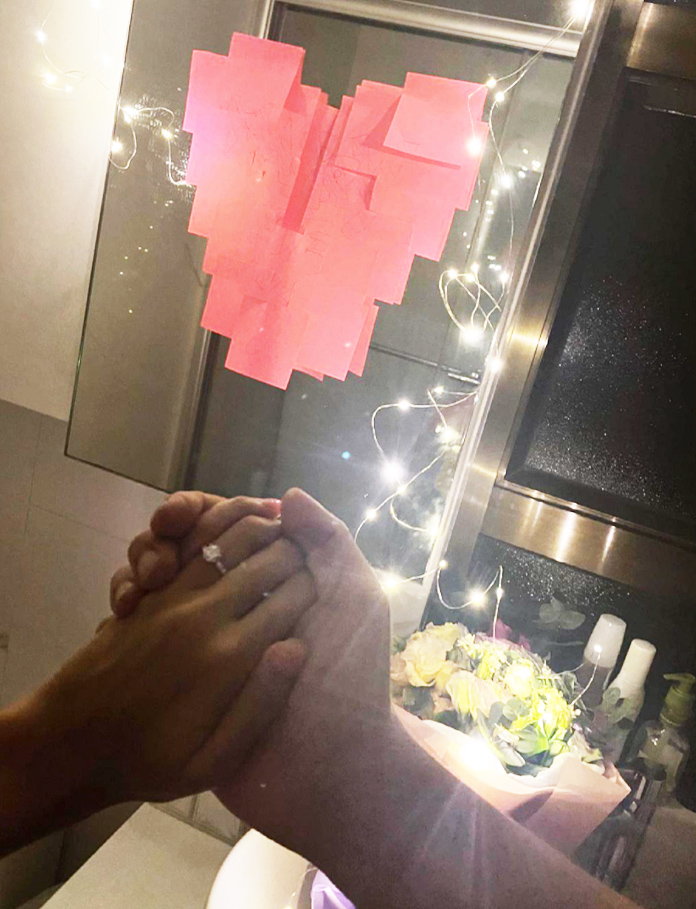 Proud of his proposal plan, Tony had set everything up so that she would see the flowers and the ring right when she opened the door. “As her fiancé, I hope to bring laughter and happiness to her! We’ll have another topic we can talk with friends about too. The most important thing was a memorable moment full of happiness.”

They have not started planning for their wedding yet, but hope to hold it within the year. Due to gathering restrictions, they will likely hold a simple afternoon ceremony and just invite a few friends.