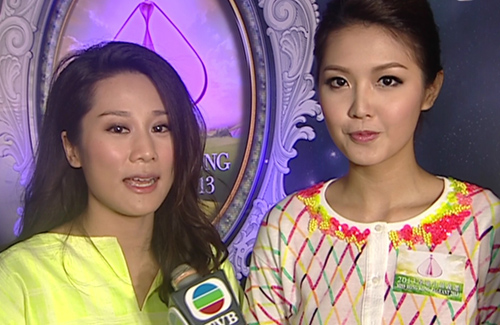 The pageant generated controversy last year when TVB decided to use a reality-show format, allowing viewers to cast live votes for their favorite contestants. While the idea appealed to the masses, disaster struck when millions of voters overloaded and crashed TVB’s online servers. To salvage the show, TVB was forced to turn to their judging panel to select the winner, Carat Cheung. Viewers, who have crowned runner-up Tracy Chu in informal online polls, heavily contested the results, calling it rigged and unfair.

Despite last year’s criticisms, TVB will consider implementing the one person, one vote system for this year’s pageant. The company is now accepting applications from local contestants through June 2. Eligible candidates will take part in pageant activities in eight foreign cities, including: Paris, Beijing, Taipei, Istanbul, Bangkok, and Seoul. The semi-finals will take place on August 24 with the finals airing live on September 1.

TVB executive Wai Sai Fai (衛世輝) gave further details at the event. He stated that TVB has completed recruitment overseas and has planned to accept a total of 20 contestants. The company may consider opening up additional spots depending on the quality of the applicants.

Recently, rumors claimed that Gaile Lok’s (樂基兒) younger sister, 24-year-old Crystal, is one of this year’s overseas contestants. Crystal apparently applied for the pageant despite Gaile’s objections, and may compete for the Miss Hong Kong title as a representative of San Francisco. Speaking to reporters, Mr. Wai denied any knowledge regarding these reports but praised the general quality of overseas candidates.

Last year’s runner-up Tracy Chu shared that she had suggested for her younger sisters, ages 21 and 18, to enter the pageant. Her sisters however wish to complete their educations first and will consider applying once they have reached their goals.

Rebecca Zhu, winner of the crown in 2011, wishes she can participate in the pageant once again to travel to the eight exotic cities. When asked about her progress in learning to speak Cantonese, Rebecca said, “I am already practicing every day, and am studying the proper pronunciations. I am not a local after all so I will make mistakes. However, I will be careful and pay extra attention to each syllable.”