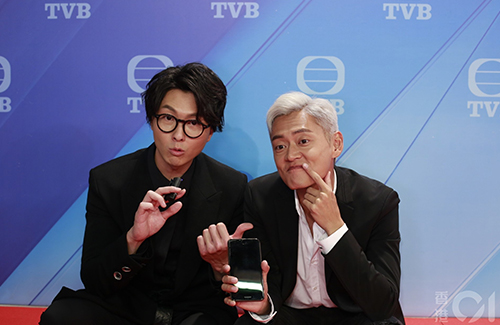 Vincent Wong (王浩信) and Owen Cheung’s (張振朗) bromance in Legal Mavericks <踩過界> won everyone’s hearts, so is it really a surprise to see that they’re back?

The new TVB comedy drama Yakuza Weirdo <極度怪咖>, starring Vincent Wong and Owen Cheung, tells the story of a struggling theater actor who gets hired by a real triad boss to work as a fake triad boss—for the purpose of acting as a mediator between rivaling gangs. Things turn for the worse when a police undercover joins the triad. 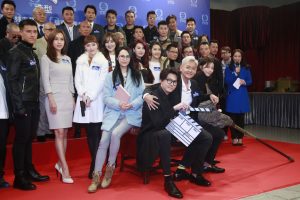 “I play an undercover who is just minding my own business, until a random guy invades my world, forcing me to learn about acting,” said Owen. “He teaches me how to be an undercover.

Vincent said, “That random guy is me. I play an orphan who grows up to be the lead actor of an American theater acting group. I am very stubborn about acting, and when I returned to Hong Kong, I get picked up by a triad. They know I’m a good actor, so he tells me to pretend to be a triad boss to settle triad disputes.”

Vincent and Owen are an opposites-attract duo — while Owen is known for his relaxing humor, Vincent has a more serious image. Owen stressed that those images are false realities. “Honestly, he is stupid. When we were shooting Legal Mavericks, a lot of the jokes came from him.” Vincent said, “I love bringing laughter to other people.”

Vincent’s character will be involved with seven girls, including characters played by Crystal Fung (馮盈盈) and Samantha Ko (高海寧). He said, “The most fortunate thing is to be able to act alongside a good partner! Not meeting the opposite sex!”

His “partner” Owen then added with a laugh, “We’ll have many kissing scenes! I’ll let you decide if they’re real or not!” 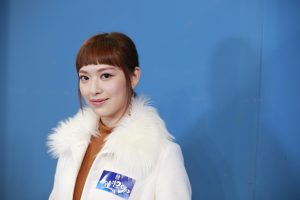 Playing the daughter of a wealthy businessman who dreams about being a heroic cop, Crystal Fung will have a romantic storyline with Vincent in Yakuza Weirdo. Crystal is the first actress listed on the billing sheet, making her the first female lead, leading over even her senior, Samantha Ko.

“Even if I am the first female lead, I should be one of seven,” said Crystal. “There are seven female characters on the show, and they all end up falling for Vincent Wong. Also, I’m probably leading first because Samantha’s (family) name starts with a K, and mine is an F.”

It has been speculated that the 24-year-old Miss Hong Kong winner, who won Most Improved Female Artiste at the TVB Anniversary Awards, exchanged a contract renewal for the award. She said, “I did renew my contract, but I did that in the beginning of the year. So many things can happen in a year, so I really don’t think there’s a relationship between the two!”