Last year, 36-year-old Vincent Wong (王浩信) bought his first home for HK$33 million. The actor said the 1,800-sq-feet unit at Mount Pavilia in Clear Water Bay was a gift to his mother, but it turns out the flat is not under her name. Reporters discovered Vincent is the sole owner of the apartment, meaning his wife’s name – Yoyo Chen (陳自瑤) – is not on the property title either.

Back then, it was said that Vincent planned to buy a home in Clear Water Bay for 38-year-old Yoyo, but Yoyo did not believe it at the time. It turns out she understands her husband really well, as she does not own any property to this day while Vincent, on the other hand, has a luxury flat under his name.

Although Vincent said he would save up money to buy an individual house for his wife and publicly promised to put her name on the deed, Vincent ended up doing something completely different. He went to look at the Mount Pavilia flat with his mom without Yoyo, and even though Vincent said the flat was for his mom, she is not the official owner.

This occurred around the time Vincent and Yoyo’s marital discord rumors were at an all-time high. Under the encouragement of Philip Ng (伍允龍), Vincent went to a church in Wan Chai and allegedly brought Yoyo along for marriage counseling. It is unknown if counseling helped, but Yoyo is usually seen out and about alone or with just their daughter.

Seeing that Vincent is financially set, Yoyo also wants to pave her own road. Lately, she’s been keeping fit and even bared her cleavage to shoot a breast enhancement commercial. Moreover, she posts a lot of sexy swimsuit photos in hopes of increasing her popularity to receive more jobs.

In one of her Instagram captions, she also said the new her is more confident, and she needs to love herself to find someone who loves her more. During her birthday this year, she wrote a cryptic caption on Instagram that read, “If you think that some things are difficult, once you have the courage to take the first step, you’ll realize it’s not that difficult. When you look back, you’ll be impressed with yourself.” 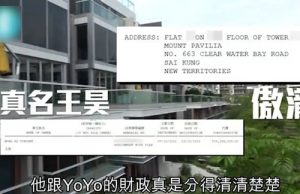 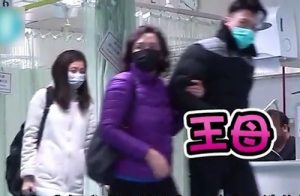 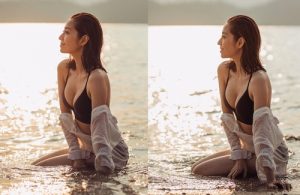 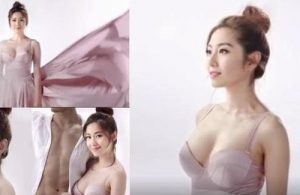