After Days of Silence, Vincent Wong Says Marriage with Yoyo Chen is Stable 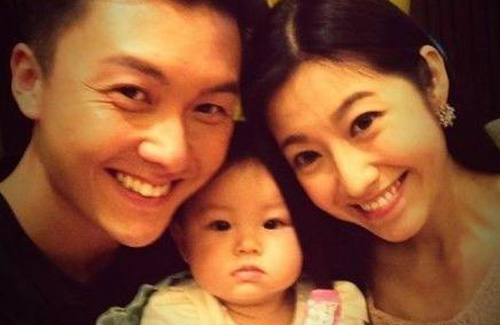 As Vincent Wong‘s (王浩信) popularity rose, his romantic rumors also increased in recent years. Last week, reports surfaced that Yoyo Chen (陳自瑤) requested a divorce after living separately for some time. Putting everyone on edge on days over the state of their marriage, Vincent finally responded today and said his marriage is still stable.

Despite a playboy image, Vincent eventually tied the knot with Yoyo in 2011 when she became pregnant with their daughter. Vincent’s gossip hit an all-time high when he was was filming Legal Mavericks <踩過界> with Sisley Choi (蔡思貝). Although all parties dispelled the rumors, Vincent’s fidelity in his marriage was questioned by the public.

Reports claimed that Vincent and Yoyo were unable to escape the fated seven-year-itch. While Vincent was planning to buy a property for Yoyo, he eventually bought a 30 million HKD home for his mother instead, fueling the possibility that the couple was going to split. Another media outlet reported that Yoyo tried to hire a fengshui master to help save the marriage, but her efforts were met with no results.

Yoyo also left cryptic messages on her Weibo account about seeking happiness and starting over on a new leaf.

In a recent interview, Vincent finally tried clearing up the negativity surrounding his marriage. Stating that the biggest goal in life is love and happiness, the TV King exclaimed that there are no changes in his relationship with Yoyo. Admitting that there are occasional problems as with every marriage, but he learned his lesson every single time.

Firmly stating that he will not reveal direct details about his family, Vincent did not want his personal life to become the subject of gossip discussions.

20 comments to After Days of Silence, Vincent Wong Says Marriage with Yoyo Chen is Stable