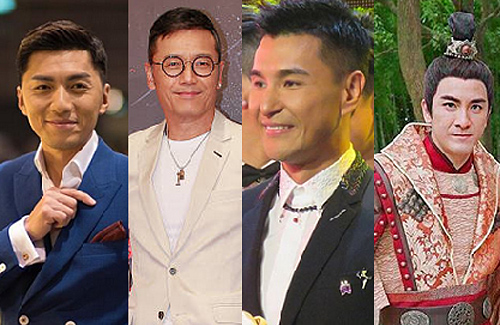 Set to take place on November 19, 2018 TVB Anniversary Awards will include a Singapore/Malaysia segment where the “My Favorite TVB Actor” and “My Favorite TVB Actress” in the two regions will be announced. Seen as an indicator of the main show’s results, the competition has been heating up in these two countries. TVB has earlier cancelled the annual “Starhub TVB Awards” and “TVB Star Awards Malaysia” which were held in the two countries in previous years, with suspected reason being that TVB’s contracts with the local stations are ending soon and another guess being that TVB will be gradually giving up the Southeast Asian market.

Artistes such as Nancy Wu (胡定欣) and Lai Lok Yi (黎諾懿) have been making meet-and-greet appearances to garner votes from fans in both countries recently. Based on in-app and online voting in Singapore and Malaysia respectively, the final three contestants in each region have been released.

Over in Singapore, Michael Miu’s entry is replaced by Kenneth Ma (馬國明) in Deep in the Realm of Conscience <宮心計2深宮計>, as the top three in the running for My Favorite TVB Actor alongside Benjamin Yuen and Ruco Chan, whereas the three front runners for “My Favorite TVB Actress” are Ali Lee, and good friends Mandy Wong and Nancy Wu.

Analyzing the rankings, last year’s TVB King Vincent Wong (王浩信) is missing from the front runners most likely because Fist Fight <兄弟>, also his only drama this year, has just started airing. On the other hand, Ruco Chan is among the top three in both countries although his series Succession War fared below expectations, thanks to his fan following and popularity with viewers in both Singapore and Malaysia. The same could be said for Michael Miu on the top three actors’ list. Nominated for Flying Tiger, Michael is popular with viewers and also won the Malaysian title for Best Actor last year. More of a surprise is Kenneth Ma, whose scenes did not particularly stand out although Deep In the Realm of Conscience was well-received. However, the greatest surprise is certainly Benjamin Yuen who is on the leader board in both Singapore and Malaysia, and many have guessed that he might just be the greatest dark horse of the evening.

As for My Favorite TVB Actress, besides the exclusion of last year’s winner Natalie Tong (唐詩詠), the leader board results are as expected with Ali, Mandy and Nancy in the running. Sadly for Alice’s fans, the stakes are not in the actress’s favor. Originally a hot favorite for TVB Queen this year with both dramas Deep in the Realm of Conscience and Apple Colada <菓欄中的江湖大嫂> being well-received, the 44-year-old actress did not make it to top three on the Singapore leader board. Out of the front runners, the strongest contestant is Mandy Wong with her above-par performance in bipolar disorder-themed Threesome, which made audiences sit up despite having being aired on the weekend slot. 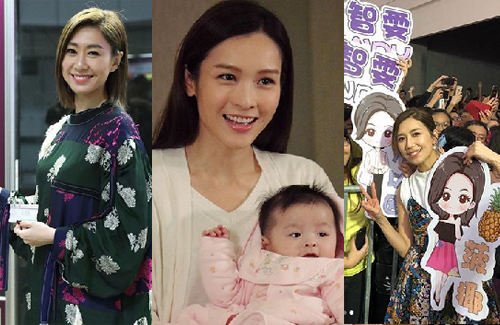