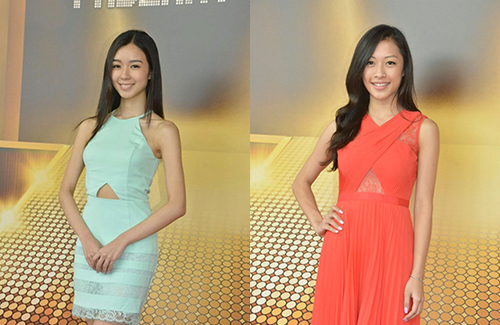 The Miss Hong Kong 2015 has chosen its sixteen candidates to compete in the pageant finals, which will be held on August 30, 2015.

This year’s Miss Hong Kong contestants are taking intelligence to a higher level. Louisa Mak (麥明詩), one of the stand-out applicants for this year’s pageant, has been gaining attention for her fruitful academic background. Having scored 10A’s in the HKCEE and also a Cambridge University law graduate, it is very likely that Louisa will make her way to become a pageant finalist.

However, Louisa is not the only candidate who is getting the media spotlight. Her Diocesan Girls’ School classmate, Ada Pong (龐卓欣), is another hot favorite in the competition. Ada is a graduate at the Manhattan School of Music and her father is Paul Pong (龐寶林), a powerful figure in the financial industry. As the managing director for Pegasus Fund Managers Ltd., Paul Pong frequently receives press interviews, in which he discusses and analyzes the Hong Kong stock market.

Unlike Louisa, Ada is less private about her personal life. She frequently updates her social media accounts and shows off intimate pictures of her and her boyfriend Solomon. The couple’s photos at the beaches in the Maldives are widely circulated online. Ada proudly shares photos of herself wearing various bikinis, showing off her slim figure. Because of her open nature, the media criticized her for being too open, straight-forward, and arrogant.

Ada’s father is very supportive of her daughter’s participation in the Miss Hong Kong pageant. When asked to comment about the reports claiming that she was arrogant, Ada’s father defended his daughter, “She is very good with people, and we have been training her on her public speech.”

At the mention of Ada’s competitor Louisa, Ada’s father said, “[Louisa’s] academic background is definitely outstanding, but in a competition, all strengths are accounted for. We don’t know the results until it finishes.”