William Chan (陳偉霆) is revealed to be in a relationship with Chinese supermodel, He Sui (何穗), after they were photographed entering and leaving the 35-year-old actor-singer’s residence. They are said to have been secretly living together for more than four months.

The couple reportedly met each other in 2019 at a public event, where they were assigned to sit next to each other. Sitting so close to He Sui, William looked noticeably nervous and was seen constantly wiping his sweat on a napkin.

In March 2020, a woman was seen at William’s house while it was undergoing renovation. Many fans had suspected that the woman was model Liu Wen (劉雯) due to the two artistes’ close friendship. Since Liu Wen denied the allegations, it may appear that William was actually dating He Sui all along.

Although the couple was discrete, tabloids captured photo evidence of He Sui staying at William’s house. On August 8, William and his driver were photographed leaving the gym to meet up with He Sui. William bought some items at the mall, before the driver drove the couple back to William’s house.

He Sui was not seen leaving William’s house until three days later. William’s driver then drove the actor to a high-speed rail station, before returning to chauffeur He Sui between the gym and William’s house. Two days later, the driver went back to the rail station to pick William up and took him to the gym.

He Sui Was Briefly Married

While William has remained silent over his relationship status, netizens have differing reactions. Many netizens praised the two artistes as a great match, because of their beautiful looks and  similar passion for working out at the gym.

However, some are disappointed that their idol is off the bachelor market, and believe that He Sui is not worthy of William’s affection due to her background as a divorcee with a complicated history.

The 31-year-old model previously announced her marriage in 2015 and posted a picture of her marriage registration with an undisclosed individual. Since He Sui covered the picture of her husband, many netizens believed that it was a publicity stunt for her new film. He Sui responded that her marriage was real, but oddly, she later deleted her marriage announcement post and stated that she is single in a variety show.

Some tabloids reported that He Sui’s marriage lasted for merely seven months, and speculated that her ex-husband is Rock Ji (紀煥博).

Other tabloids reported that He Sui was scammed into a marriage, and discovered that her  ex-husband had exaggerated his wealth. Since He Sui was introduced to her ex-husband by model Ming Xi (奚夢瑤), the two friends are no longer on speaking terms. 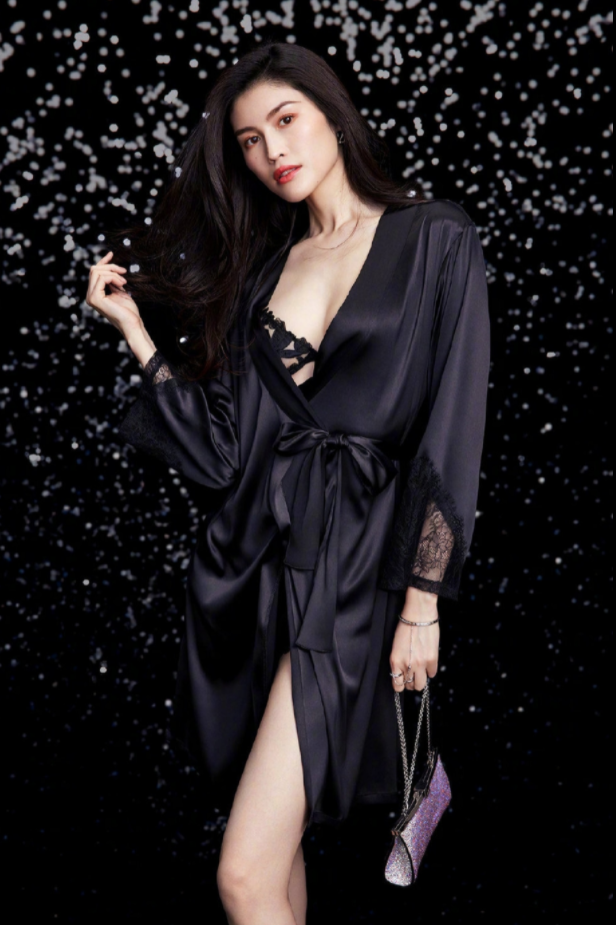