William Chu Gave Up Law to Be an Actor 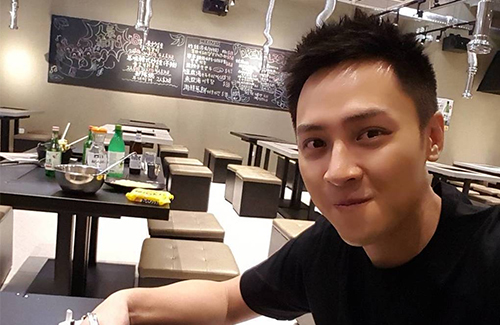 William Chu (朱滙林) is not a totally unfamiliar face. The 31-year-old—who was scouted by TVB after auditioning for the casting system TVbeople—debut in 2007 and shot to fame after starring in the 2012 sitcom Come Home Love <愛·回家>.

The 31-year-old holds a law degree from the University of Hong Kong, but he gave up that career path in order to fulfill his childhood dream of becoming an actor. Understanding that it would be hard to survive in the city with just an actor’s income, William researched other industries for opportunities to get quick cash. In 2015, he decided on spending his investments on a Korean fried chicken shop. He invested HK$1 million, which he had been saving for 10 years. To save money, William said he would use less than HK$50 a day.

William was dedicated to his job. He studied Korean and reached out to a cook in Korea to understand the country’s food and culture. He was personally involved in choosing the menu items and each dish’s ingredients. Many of the ingredients were shipped from Korea.

Unfortunately, the fried chicken shop had to close down in 2018. During the shop’s final days, William treated his Lo and Behold cast members to a fried chicken meal at the shop. He said at the time, “We’ve been doing this for three years, and I’ve also learned a lot. There are many reasons to why we had to close it down, but regardless, I am thankful to everyone!”