Wong Cho Lam (王祖藍) and Leanne Li (李亞男) have been married since 2015 and their daughter is already one year old. Recently appearing on the variety show Truth Everything <真相吧！花花萬物> hosted by Dee Hsu (徐熙娣) and Kevin Tsai (蔡康永), the couple shared stories about their marriage and their daughter Gabrielle.

In the program, the couple made a shocking revelation that after the birth of their daughter, Cho Lam would frequently sleep in the guest room. Cho Lam explained that he usually finishes work late in the night, and would retreat to the guest room to avoid waking up Leanne who is a light sleeper.

Despite Cho Lam’s confession, it appeared there is another side of the story. When Kevin asked Leanne to write what is her most hated habit about her husband, Leanne wrote, “sleeping separately.” Leanne admitted that she is obsessed with cleanliness and requested her husband to shower before coming to bed. However, Cho Lam normally would go straight to bed after a long day at work without showering, and thus he is restricted to sleeping in the guest room.

Cho Lam Answers Who He Wants Daughter to Resemble 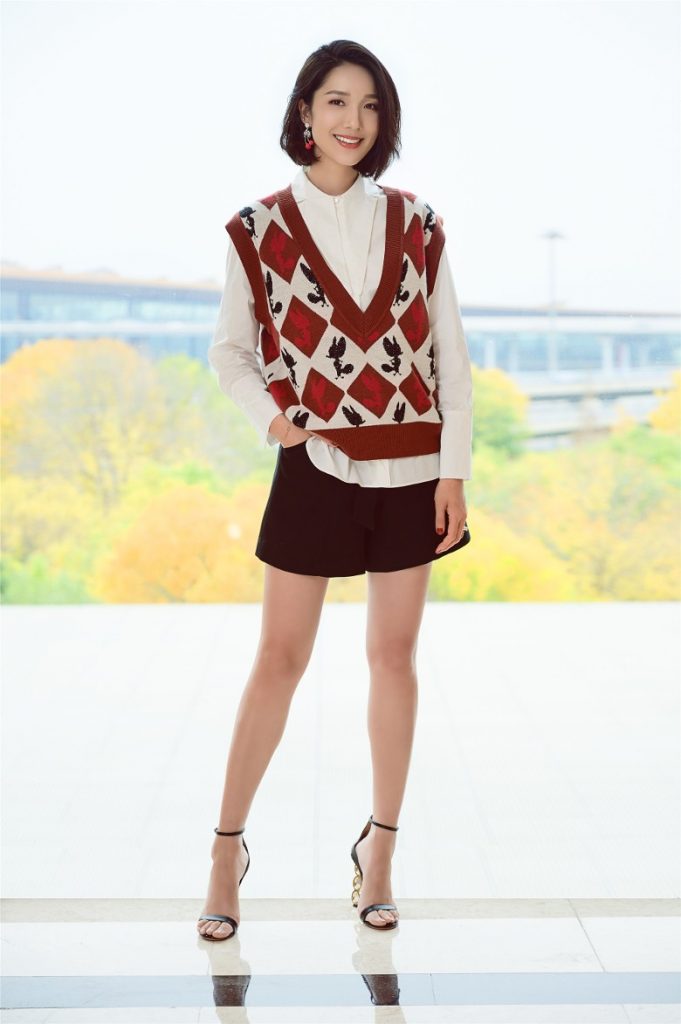 When the hosts mentioned their daughter, they asked Cho Lam who does he want his daughter to resemble. Though everyone expected him to say his wife’s name, Cho Lam surprisingly burst out Shu Qi’s (舒淇) name.

Cho Lam shared that he had previously discussed the same topic with his wife and he believed his lips resemble Shu Qi’s lips. As Leanne and Shu Qi are similar in height and Cho Lam thought there is a chance that his daughter would look like Shu Qi.

Leanne’s Relationship with the In-Laws

As Leanne and Dee Hsu compared their relationship with their in-laws, Dee bragged that she gets along very well with her mother-in-law, “I don’t normally spend a lot of money on myself, but for my mother-in-law’s birthday, I would buy her jewelry. I take her out on vacations and take her to good places for food.”