Another Chinese K-pop star is on the fence about continuing her K-pop career.

25-year-old Wu Xuanyi (吳宣儀) debuted in 2016 as one of the members of the girl group Cosmic Girls (aka WJSN), which comprises of three Chinese members and ten Korean members. In 2018, after winning second place in the Chinese edition of Produce 101 <創造101>, Xuanyi re-debuted as a member of the temporary girl group Rocket Girls 101 (火箭少女101), which disbanded earlier this summer. Her WJSN bandmate Meng Meiqi (孟美岐) won first place, and was also a member of Rocket Girls. Meanwhile, their bandmate Cheng Xiao (程蕭), being one of the most popular and well-known members of WJSN, is already well-known in China.

Speculations of Xuanyi wanting to leave the group—along with her three Chinese bandmates—came after Xuanyi made an ambiguous update to her Weibo profile. Prior to joining Rocket Girls, she referred to herself as “WJSN’s Xuanyi” on Weibo. While competing in Produce 101, Xuanyi renamed her Weibo profile to “Produce 101-WJSN’s Wu Xuanyi. After becoming a member of Rocket Girls, she eliminated WJSN in her name, which led to backlash by the fandom, prompting her to add WJSN back to her name.

When Rocket Girls disbanded in June after two years of activities, Xuanyi deleted Rocket Girls from her name and added just her English name, Betty. She did not attach WJSN back to her name. Netizens are speculating that Xuanyi is seriously considering a solo career in China, and is considering to drop out of WJSN.

Interestingly, WJSN’s popularity skyrocketed after the three Chinese members kickstarted their activities in China. Struggling to stay popular and relevant in a market saturated by girl groups, WJSN didn’t win their first music show award until 2018’s “Save Me, Save You” which was performed by the remaining ten Korean members. Their latest EP Neverland, released in June 2020, is their best-selling album to-date.

Korean fans have criticized the Chinese members for neglecting their WJSN duties, and for dropping the group after achieving solo success in their homeland. Some fans also no longer consider the three Chinese members as officially part of the group.

Xuanyi, Meiqi, and Cheng Xiao are far from being the only Chinese members being speculated to leave, or have left, their K-pop group after finding success elsewhere. Many have succeeded leaving, including EXO’s former Chinese members Kris Wu (吳亦凡), Lu Han (鹿晗), and Huang Zitao (黃子韜). Lay Zhang (張藝興), though still part of EXO, has changed his main career focus to China. His last EXO album was 2016’s Ex’Act. He participated in the Chinese version of 2018’s Don’t Mess Up My Tempo, but only for the Chinese version of its title single “Tempo”.

21-year-old Zhou Jieqiong (周潔瓊), who debuted in 2016 as a member of Pristin and later the famous group I.O.I, the first group formed from the first season of Korea’s Produce 101, had opted for a solo career in China after both Pristin and I.O.I disbanded. Lai Kuan Lin (賴冠霖) from Wanna One, a popular boy band formed from the second season of Produce 101, is now pursuing a full-time acting career in China.

The most famous departure was Han Geng (韓庚) from Super Junior in December 2009. Han Geng was the first Chinese artiste to debut in Korea and achieved great success as a leader of Super Junior’s Mandopop sub-unit Super Junior-M in the late 2000’s. In December 2009, he filed for contract termination from his agency SM Entertainment, citing discriminatory contract clauses and unfair profit distribution, among others. Their lawsuit ended two years later after coming to mutual agreements.

There are definitely exceptions to this, however. GOT7’s Hong Kong member Jackson Wang (王嘉爾) has not missed a single GOT7 comeback despite his career focus being China. (G)I-DLE’s Chinese member Song Yuqi (宋雨琦) has a budding solo career in China, but prioritizes her group’s comebacks. 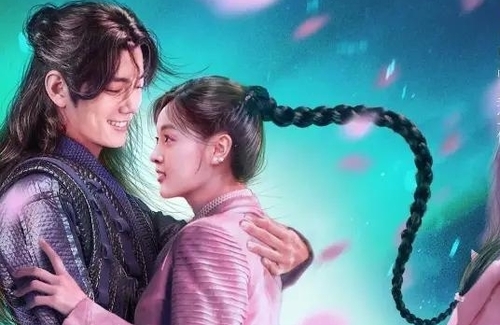 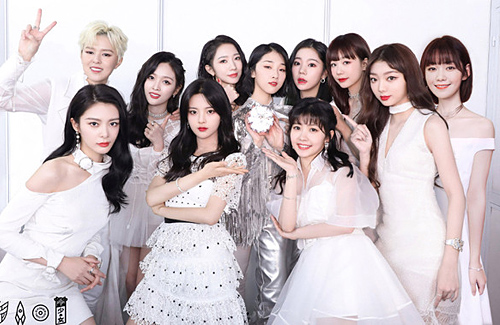