Since breaking out in The Untamed <陈情令>, Xiao Zhan (肖战) has not only been engrossed in working nonstop, but also busy in running away from obsessive fans. Accordingly, Xiao Zhan was constantly interrupted during the filming of Jade Bone Ballad <玉骨谣> by a group of disrespectful people who barged into his shoots and hotel. Repeatedly disturbed in both work and life, the 28-year-old actor finally had enough and  hopes fans would end their stalking behavior.

“I’ve said this before in 2016 that I hope we could meet only during official events. Please stop following my filming shoots, car, or flights. It is extremely dangerous when you guys intentionally chase and slow down our car on public roads. Also don’t knock my door in the middle of the night, snoop around to listen in on conversations, or even crowd the hotel. Yesterday, there were people who intentionally entered the wrong passwords to rooms, which caused the entire hotel floor to be locked, and I couldn’t return to my room for some rest. This kind of behavior severely impacts my filming and work. So please, everyone just return to your own lives and focus on the better for yourselves,” he urged on social media.

In some exposed images, Xiao Zhan was seen returning from work and was immediately surrounded by crazed fans blocking his hotel room entrance. A male and a female staff was shown to protect the actor by blocking the advances of fans. They shouted, “Can everyone back away?” Their annoyance was met with no avail as extreme fans continued to harass the actor.

One crazed fan had apparently even slapped Xiao Zhan on the face, but he quietly sheltered himself from further attacks by pulling his hood on. He remained calm with his back against the camera.

As news of Xiao Zhan facing such harassment circulated, many fans expressed their pain and sympathy for the actor. They commented, “My heart broke when he put his hood on;” “This is so distressing;” and “I initially felt angered, but it dissipated in an instant and was replaced with sadness when he covered himself.”

Tencent unveils its first look at “The Longest Promise,” which stars Xiao Zhan and Ren Min. 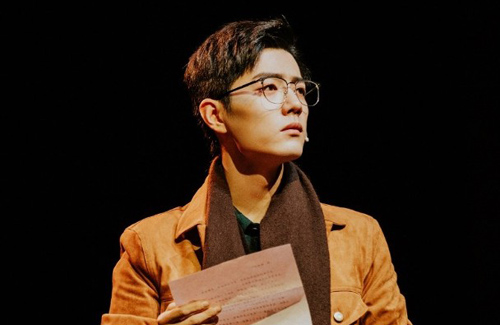 The actor’s agency reportedly takes such a steep commission that Xiao Zhan is making far less money than expected.