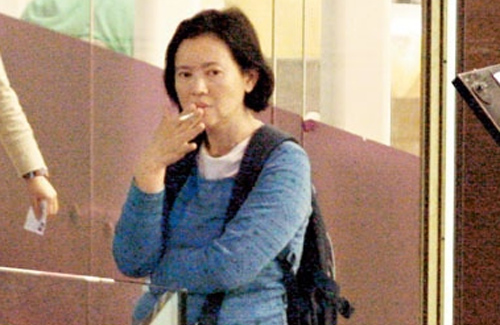 TVB’s decision to rebroadcast the classic drama The Greed of Man <大時代> brought back many of the series’ retired stars into the limelight. Yammie Nam (藍潔瑛), who has been struggling with mental illness for many years, accepted an exclusive interview with Now TV. She had also wanted to publish an autobiography to reveal the inside secrets of the entertainment industry.

Once considered as one of TVB’s most beautiful actresses, Yammie dropped out of the industry in the early 2000s. While many worried about her mental condition, Yammie’s fresh appearance on Now TV’s talk show led many to believe that she is making a speedy recovery. Viewers also expressed their happiness in seeing a healthier Yammie, and wished to see the former actress make an official comeback.

In the years after her retirement, Yammie had filed for bankruptcy, lived on government welfare, and was admitted to a mental institution. She was often seen wandering alone on the streets, mumbling to herself, and displaying odd behavior.

It was recently discovered that during those years, Yammie had thought about publishing an autobiography. Photos of Yammie’s written manuscript were recently published online, and each page was signed with her name. The manuscript was written completely in Chinese, and her style of writing showed that she was in a clear state of mind at the time.

In the manuscript, she spoke about her relationship with superstars Jackie Chan (成龍), Leslie Cheung (張國榮), Wong Jim (黃霑), Margie Tsang (曾華倩), Teresa Cheung (章小蕙), and other stars she had collaborated with. She had revealed many controversial insider information about the industry. The source mentioned that if the manuscript were to get published, it would be a best-seller.