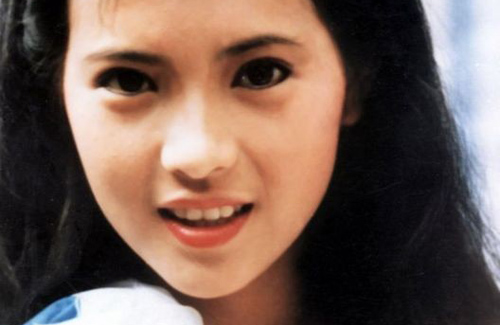 Suffering serious mental conditions for years, 49-year-old Yammie Nam (藍潔瑛) recently admitted to getting raped in the Hong Kong film industry two decades ago. Her horrifying rape experience, as well as having to go through numerous traumatic love affairs, worsened Yammie’s already weak mental state. Experts say Yammie most likely developed post-traumatic stress disorder (PTSD) after the rape, and with her stubborn personality, her PTSD had only gotten worse over the years.

In a recent video interview conducted in Mandarin, Yammie briefly spoke about her rape experience, which occurred in Singapore. She admitted to “giving herself” to several men – two which were to her boyfriends. She said, “The first time was rape. It wasn’t something I wanted. The second time was to the first boy I liked.”

Yammie was invited by a “Big Brother” (dai gor) in the Hong Kong film industry to visit a movie set in Singapore. She was offered a free plane ticket and stayed at the same rented house as the man. One night, the man got drunk and stole the key to her room, raping Yammie. She did not report the incident to the police because she believed the man acted out of norm because he was drunk and that the incident would blow out of proportion. But the rape haunted her for years afterward.

Having gone through several suicide attempts, Yammie was admitted to numerous mental facilities in the past. She revealed that her first suicide attempt was after breaking up with one of her first boyfriends. “They didn’t care about me. I didn’t know where they went. They left! I attempted suicide. It was during New Year’s.”

In May 1986, Yammie’s DJ boyfriend of three years committed suicide. Two years later, Yammie began dating wealthy heir Cheng Kar Sing (鄭家成) and was planning to get married, but the couple broke apart after Cheng Kar Sing reportedly cheated on her with another woman. In a 2008 interview, Yammie’s A Chinese Odyssey <西遊記> costar Athena Chu (朱茵) revealed that former boyfriend Stephen Chow (周星馳) had cheated on her while they were shooting A Chinese Odyssey, and Yammie later admitted that she had visited Stephen’s house before. Yammie has also been linked with Vivian Chow’s (周慧敏) husband, Joe Nieh (倪震).

Yammie, who debuted as a popular young actress in 1983, was one of TVB’s brightest stars. Yammie’s emotional trauma began in 1986, the year Yammie refused to sign a long-term management contract and was frozen by TVB. She attempted an unsuccessful career in Taiwan, and later signed with Willie Chan (陳自強), who represented Jackie Chan (成龍), Cherie Chung (鍾楚紅), and Maggie Cheung (張曼玉).

Her mental state reportedly worsened after returning to TVB to shoot drama The Greed of Man <大時代>, in which she portrayed a mentally-ill character. Though critically-acclaimed for her performance, Yammie was unable to get out of character and even confided to good friend Alan Tam (譚詠麟) that she was having auditory hallucinations. Her parents’ passing in 1995 and 1996 further contributed to Yammie’s declining psychological health. Her Caucasian boyfriend of a few years also mysteriously disappeared in 1996 and she contemplated suicide after his disappearance. After completing her A Chinese Odyssey obligations in 1996, Yammie retired from the entertainment industry.

Yammie briefly returned to the entertainment industry in 2002 to star in a film, but close friends of her noticed that she was still depressed and remembered her traumatic experiences in the past. In 2003, she briefly dated marketing manager Philip. He once confronted Yammie about her weak condition and tried to convince Yammie to seek help, but Yammie’s stubbornness fell through and refused his help, which ended their relationship.

In 2006, Yammie filed for bankruptcy. Industry friends Andy Lau (劉德華) and Eric Tsang (曾志偉) reached out a helping hand; Andy also once tried to lend Yammie $100,000 HKD, but she turned him down. Last month, a reporter contacted Yammie, but she quickly cut the reporter off, insisting that she does not want to be involved with the entertainment industry anymore.