“Some People Think Highly of Themselves” 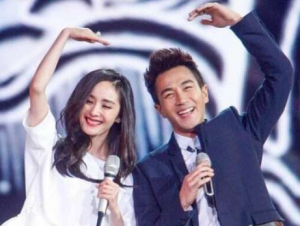 On the program, guest celebrities including Yang Mi were discussing personality types while doing a questionnaire, when Yang Mi mentioned that while some thought highly of themselves, it might not concur with others’ views. She went on to say, “Some think they are an artiste, but others might think (he’s) a nobody!”

Coincidentally, an old interview Hawick did before the two’s divorce recalled him saying “I have an artistic temperament but Yang Mi doesn’t”. He added that while both Yang Mi and him were actors, the two were developing their (careers) in vastly different directions as “he is more artistic”, yet adding that this does not mean he is saying that Yang Mi is not artistic enough, but rather she has a “higher commercial value.” This is later brashly rebutted by Yang Mi, who shot back to the media outlet that she “did not agree with what Hawick Lau said.” 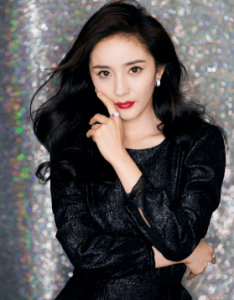 Sharing her relationship views, Yang Mi also professed that “Sometimes, you just can’t help liking someone, because he (or she) is your only ‘antidote’” but added that she would end a relationship without any hesitation if (her) love for that person were to wear out one day. Seemingly playing mentor, she advised, “In a relationship, don’t care too much about how the other party feels, but rather consider your own comfort first, love yourself first before (loving) the other party”.

The episode ignited avid discussions online and fans dug up sweet moments of the former couple, including how Hawick had once revealed how “Yang Mi is very acquiescent and cute when she’s at home”, and once “could not hide her happiness” when she revealed news of her pregnancy to him years ago

Putting two and two together, netizens felt that given Yang Mi’s bold and decisive personality, her divorce decision is likely due to love having fizzled out, with her strong views and self-centeredness being possible factors which contributed to the divorce.