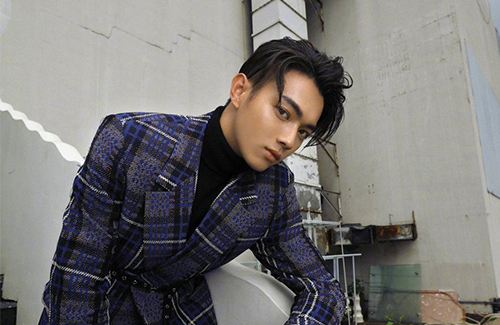 23-year-old rookie Chinese actor Xu Kai (许凯) exploded with popularity and relevance soon after starring in the hit TV show Story of Yanxi Palace <延禧攻略>, but popularity does come at a price.

The actor, who plays the romantic Fucha Fuheng in the Qing dynasty drama, asked fans to stop stalking and harassing him at his home, urging fans to respect his privacy.

He wrote on Weibo, “I don’t know which fans are doing it, but can you guys stop knocking at my door or call takeout… let’s respect each other, shall we?”

Although it’s only been two years since his debut—and only four months since the final broadcast of Yanxi Palace—Xu Kai has already accumulated over 4 million followers on Weibo, establishing his rising star status in the industry.

Many netizens and fans are feeling Xu Kai’s pain. One said, “Knocking at his door in the middle of the night? That’s too scary.” Another said, “Actors are also people! They also need respect.”

Some netizens, however, believe that Xu Kai is putting himself more at a risk by posting that Weibo message.

“The more you talk about it, the more those sasaeng fans will get excited,” said a netizen. Sasaeng fan is a Korean term to describe an over-obsessive fan of a public figure who engages in near-criminal behavior to intrude the private life of the public figure.

“You’re being naïve here,” the netizen continued. “You think one Weibo post will stop it from happening?”

Another netizen said, “Sasaeng fans are not mentally stable. Making a post like that would just delight them even more.”