The relationship between Zheng Shuang (郑爽) and her non-celebrity boyfriend Zhang Heng (张恒) has been heavily documented throughout the second season of Meeting Mr. Right <女儿们的恋爱>, and while the show was meant to showcase a budding romance, Zheng Shuang and Zhang Heng’s relationship just turned more and more sour as the days went by.

Dating for more than a year, the couple wanted to use Meeting Mr. Right as a platform to spend more time together, but it only made matters worse. An insider source revealed that the couple have already broken up—and it wasn’t an amicable split.

On December 19th, the source revealed that Zheng Shuang had been selling her boyfriend’s clothes through a resale website. Netizens pointed out that most of the items on the speculated account were outfits that Zhang Heng had worn or used on the show, including couple luggage bags, a down jacket, and several tailor-made suits. The six items were only being sold for 330 yuan (US$47) each, indicating the user’s impatience in getting rid of the items as soon as possible.

According to a report by Sina Entertainment, Zheng Shuang and Zhang Heng had broken up a few months ago. On October 17th, both denied appearing on a show together due to “scheduling conflicts.” The source said the couple had a nasty breakup, in which money may have been involved.

Both parties have yet to to make official responses to these speculations. 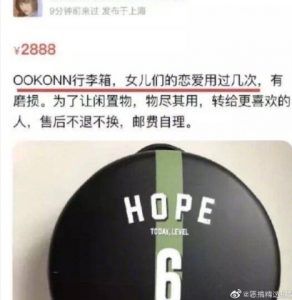 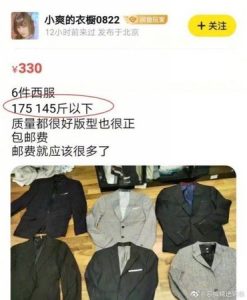