In her Taiwanese idol drama, Go, Single Lady <真愛遇到他>, female lead Ady An (安以軒) shares a great deal of kissing scenes with costar Mike He (賀軍翔). Since she often gets nervous when filming intimate scenes, Ady admitted that she would drink beer beforehand in order to complete filming successfully.

Also known as Upper-Class Common Girl <上流俗女>, Go, Single Lady stars Ady as Wang Manling, the daughter of a rich pig farmer. As luck would have it, she gets embroiled in a relationship with Fan Jiangyu (Mike He), the successor to an extremely successful investment company. Their interactions eventually lead to a large number of kissing scenes.

Because Ady’s nerves regarding kissing scenes are so well known in the Taiwanese entertainment industry, the filming crew was always prepared to offer her beer prior to any intimate scenes. “Beer is really very important to me!” said Ady. “This time, my kissing scenes with Mike He were no different – I also used beer to work up the courage.”

In response, Mike joked, “Is it really that difficult to act out a kissing scene with me?”

The filming crew also frequently used special angles to create the impression that Ady and Mike were sharing a kiss. However, Ady shared that in the past, there has been confusion over where the two actors should stand for the scene, making the take unsuccessful. “If I had known,” lamented Ady, “I would have just gritted my teeth and gotten it over with.” 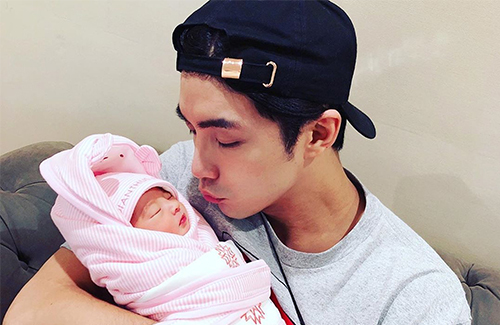 Mike He’s second daughter was delivered about two weeks before the due date, for an interesting reason. 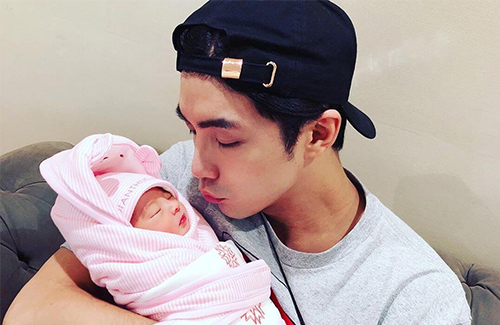 Mike He is now the father of two beautiful girls! 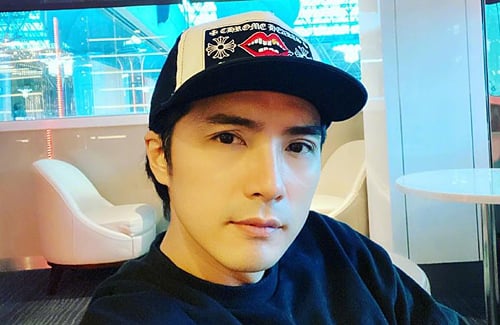 The married actor was recently embroiled in a cheating scandal. 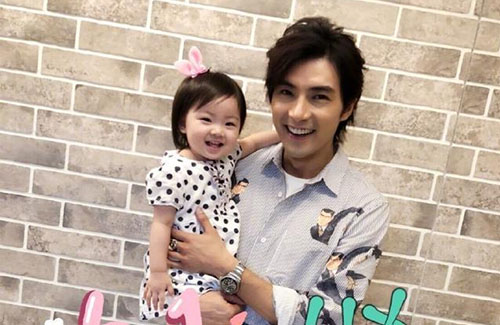 Mei-pao is just as good-looking as her father.