Eddie Kwan Promises a Surprising Ending for “Beauty At War” 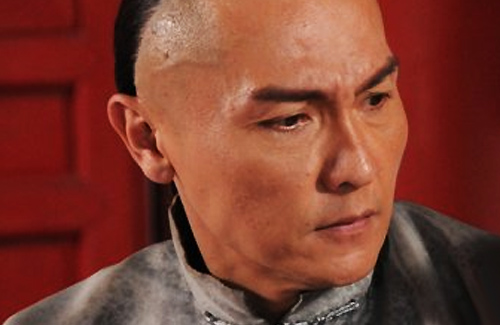 Though Eddie Kwan (關禮傑) can boast of 30 years of acting experience, the role of Kunqu opera master Wan Tsau Yin in Beauty at War <金枝慾孽貳> proved to be a breakthrough for the 51-year-old actor. Despite criticism of the slow plot, Eddie believes viewers will eventually notice the refreshing difference between Beauty at War and other Qing palace dramas.

When Eddie was offered the role of Kunqu fadan, Wan Tsau Yin, he was hesitant. However, it was not because of the unfamiliarity and difficulty of mastering Kunqu opera, it was for a totally different reason. Eddie explained, “Many years ago, I played the role of the weak police cadet, Kiu Chi Ho in Police Cadet ’84 <新紮師兄>. Because the character was a softie, I was thus nicknamed ‘Good Elder Sister’. Following that, people started thinking I’m  homosexual.”

Eventually, Eddie was won over by producer Jonathan Chik (戚其義) and scriptwriter Chow Yuk Ming’s (周旭明) confidence in him. The duo believed Eddie was most suitable for the role of the opera fadan.

Although Eddie’s sexuality may have been shrouded in rumors in the 80s, this will be unlikely the case when viewers watch him in Beauty at War. His character as the troupe performer Wan Tsau Yin is anything but effeminate. Also in reality, Eddie is happily married to his wife, Anna, and they have two daughters, 18-year-old Fabienne and 11-year-old Frankziska. Speaking of his family, Eddie was animated, “My family is the driving force for me to work hard. When they are happy, I am happy!”

Eddie Has Confidence in “Beauty at War” Throwing himself into perfecting their roles, Eddie and Moses Chan (陳豪) trained with a Kunqu master weeks before filming began. Practicing for seven hours each day, both actors tried to understand the essence of Kunqu opera.

Eddie said, “Kunqu operas are sung in extremely high notes and the uncommon Kunshan language is used, so it was really difficult to master.” Eddie also researched the mannerisms of a fadan, such as her eye movements as well as the way she walks and carries herself.

With the intricate production and performance details, Eddie believes Beauty at War is not a typical palace drama. Though the drama is based in the Qing dynasty and the story centers around the imperial family, the series also features the entanglement between the Kunqu troupe performers and the royal harem. Eddie said, “Beauty at War is filled with many twists and turns. The ending is also shocking, so I hope viewers will continue to watch it.”