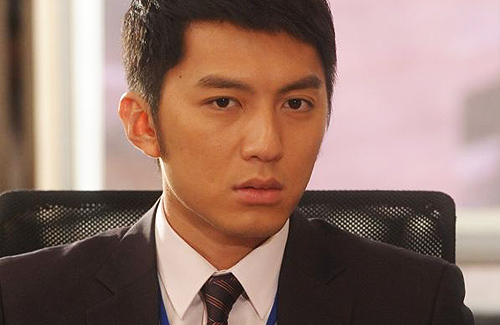 After winning the title of Mr. Hong Kong 2007, Benjamin Yuen (袁偉豪) joined TVB and became a popular rising artist. He is probably most recognized for his comical relief role as Benjamin Lau in The Hippocratic Crush <On Call 36小時>. His breakthrough, however, is his most recent role in A Change Of Heart <好心作怪>, where he is portrayed Joey Meng’s (萬綺雯) lover despite being her junior.

Earlier, it was speculated that Benjamin was secretly dating Lin Xiawei (林夏薇) and Katy Kung (龔嘉欣). However, the rumors were proven false when it was revealed that he and his girlfriend have a stable relationship and are already co-habiting. Even though he plays a home-wrecker in A Change of Heart, Benjamin is actually a good boyfriend in real life. He has been dating his girlfriend, Cissy Ma (馬沛詩), for almost three years and has kept their private life low-key. The pair started dating after collaborating on a theater production together.

Besides having a stable love life, an insider revealed that Benjamin finally received the opportunity to advance in his career because he officially signed to be a contracted artist with TVB. In hopes of training newcomers to become next in line for the lead actor positions, TVB has been promoting a lot of third line actors such as Benjamin. Heavily promoted, Benjamin’s upcoming projects include The Hippocratic Crush 2 <On Call 36小時II>, Always and Ever <情逆三世緣>, and My Prime Lady <My盛Lady>.

Seeing many stars such as Michael Tse (謝天華) and Fala Chen (陳法拉) leaving the station, Benjamin told TVB management that he plans to stay. With his new five-year contract, his pay is only $2,000 HKD more than before, but it is presumed that he will receive more opportunities as a managed artist.

With a more stabilized career, Benjamin confirmed that he will be getting married next year. The ceremony will be simple as to suit his girlfriend Cissy’s preference.