Period drama Prince of Lan Ling <蘭陵王>, which stars mainland Chinese actor William Feng (馮紹峰), Taiwanese actress Ariel Lin (林依晨), and Hong Kong actor Daniel Chan (陳曉東), has achieved admirable ratings during its run in both mainland China and Taiwan. In the last week of September, during which CTV aired the finale of Prince of Lan Ling, the drama jumped to second place in the weekday evening ratings.

In the six weeks since Prince of Lan Ling began airing on Taiwan’s China TV, the drama has attained an average 3.03 rating – a respectable number but perpetually ranked behind Formosa TV’s Feng Shui Family <風水世家> and Sanlih E-TV’s Women <天下女人心>. On the day of its finale, Prince of Lan Ling’s ratings jumped to 4.15, thus breaking the previous finale record of 3.64 set by last year’s new Three Kingdoms <三國> adaptation and setting a new record for period dramas during the 8 p.m. timeslot.

Prince of Lan Ling’s high ratings is undoubtedly due to its high-profile cast, but can also be attributed to its beautiful settings and costumes. Nevertheless, some think the series has too much of an “idol drama” flavor and that its grasp on history is a bit shaky. Viewers are also conflicted on the long-haired appearance of Feng Shaofeng as the titular prince, who was said to be so beautiful that he had to wear a mask when fighting in battles.

As a whole, viewers were impressed by the three-dimensional portrayals of the characters, especially those of the antagonists, such as second female lead Nikita Mao’s (毛林林) Zheng Er and Di Tianlin’s (翟天臨) Prince Gao Wei. For many viewers, their initial hatred for these antagonists slowly transformed into sympathy, thanks to the actors’ nuanced portrayals.

Prince of Lan Ling’s timeslot was succeeded by Stanley Tong’s (唐季禮) The Patriot Yue Fei <精忠岳飛>, which brought in a mediocre rating of 1.33 in its first week. Starring Huang Xiaoming (黃曉明), Ruby Lin (林心如), and Gallen Lo (羅嘉良), this historical series introduces the life of famed Song Dynasty general Yue Fei. After its run in mainland China, viewer reactions have been mixed, with many criticizing the biopic for its wandering storyline, overly emphasized romantic scenes, and illogical battle scenes. 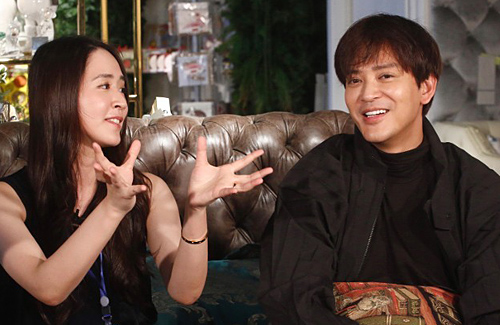 The couple even had a heated argument over garbage. 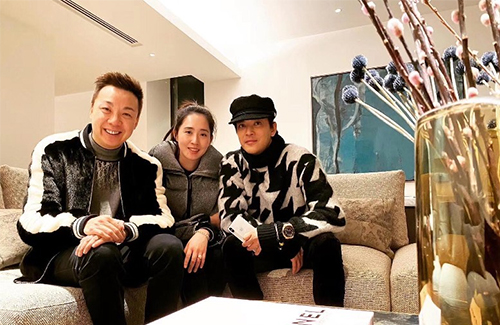 When Daniel Chan called the airline to change his flight from Beijing to Hong Kong, the airline left him hanging for over three days.