Above: Sammul Chan and Viann Zhang star in “The Investiture of the Gods”.

When one hears the word “sage,” what often comes to mind is a feeble, white-haired old man who dispenses wisdom when he finds it convenient to do so. However, the upcoming period-mythological drama, The Investiture of the Gods <封神英雄榜>, will star 35-year-old Hong Kong actor Sammul Chan (陳鍵鋒) as a youthful and handsome version of ancient Chinese military strategist Jiang Ziya, who helped overthrow the Shang Dynasty when he was approximately 80 years old.

In previous depictions, Jiang Ziya has traditionally been portrayed as a sagacious, elderly character. Not unexpectedly, some netizens are skeptical of Sammul’s attempt to turn the military strategist into someone more youthful, elegant, and handsome. In response, Sammul explained that in the drama, Jiang Ziya is a disciple of Taoist deity Yuanshi Tianzun and possesses magical abilities that allow him to alter his outer appearance into someone more youthful.

“It’s just like how modern companies won’t hire white-haired old men,” Sammul said. “[Jiang Ziya] is finding it difficult to enjoy success in his later years, so his only choice is to make himself younger and more handsome.”

This new take on Jiang Ziya will also include a romantic subplot between the reputed military strategist and his incompetent wooer, Ma Zhaodi (Vular Jiang 姜鴻). Although Ziya is initially annoyed at Zhaodi’s pursuit of him, he eventually sees that they are destined to be together and promises to marry her. When he goes into battle, Zhaodi takes care of household duties and helps boost morale, and Ziya even uses his magic powers to support his family.

Starring alongside Sammul is mainland Chinese actress Viann Zhang (張馨予), who plays Daji, a fox-spirit serving as a concubine of the last ruler of the Shang Dynasty. As a result, she and Jiang Ziya are bitter enemies, and their scenes together almost always escalate into battles.

When asked about his first-time collaboration with Viann, Sammul praised her for her dedication to her work and professional attitude. “Her portrayal was splendid, and she really internalized the role,” he shared. “She would always be talking with the director about how she acted and how she could achieve the desired result. Afterward, she would practice scenes with me over and over.”

The Investiture of the Gods is currently in the post-production stage and is expected to air in early 2014. 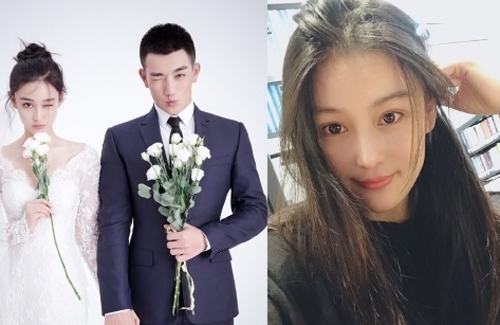