In a recent episode of TVB’s Of Greed of Ants <黃金有罪>, finance tycoon Michael Shum (portrayed by Gilbert Lam 林韋辰) brutally breaks off his relationship with D-list celebrity Shui Man-ting (portrayed by Jeannie Chan 陳瀅) after complaining that she was too annoying for him. “Do you really think you’re a star?” he tells her. “You think you’re so high class and famous? Sweetie, you’re famous because of me. Without me, you’re just a whore.” Humiliated and insulted, Ting reports Michael to the ICAC and reveals all of his illegal dealings, destroying him once and for all.

As melodramatic as these things seem, those stories don’t come out of nowhere. In fact, some of our most popular celebrities may have also been victims of revenge tactics by exes, but whether or not they were real or fake, we may never know. 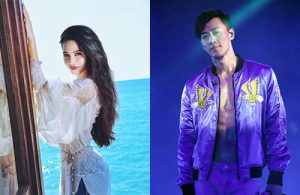 In 2011, Raymond Lam had his first dating scandal—his relationship with Chinese starlet Mavis Pan was revealed. It all started with a leaked selfie of Mavis in bed, and Raymond was seen sound asleep next to her. Mavis had denied leaking the photo on purpose and said she had lost her phone. Regardless of the truth, Mavis, who had struggled with fame for several years, immediately became an overnight sensation. 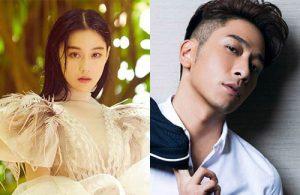 True brothers stay together: that same year, Raymond’s good friend Ron Ng was exposed for dating Chinese actress Viann Zhang. In a similar fashion to what happened with Raymond, their relationship was revealed after a selfie of Viann lying in bed was leaked online, and that leak happened on Ron’s very own Weibo account. Many netizens speculated that the selfie was purposefully leaked by Viann so she could gain more exposure in Hong Kong. 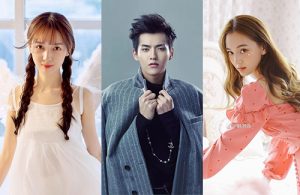 Last year, Kris Wu was photographed holding hands with a girl by paparazzi. Several screenshots of a girl video chatting Kris was also leaked online. The girl’s face were not visible in any of the photo leaks, but netizens speculated that the girl could be rookie actress Luna (real name Qinniu Zhengwei 秦牛正威). Fans and netizens were unsettled by the video chat leaks, pointing out that it was strange for someone to record a video chat on the side.

Luna has since denied dating Kris. Following her denial, speculations turned to film student Han Qiyuan (韓其原), who could be the girl Kris was video chatting. 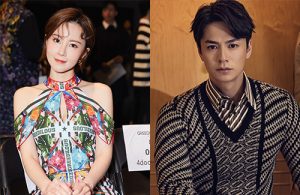 Dating on and off for over a year, Theresa infamously dropped a bomb on Him in 2011, when she accused Him for being not only unfaithful, but also physically violent. She shared photos of her bruises, which prompted Him to hold a press conference to address the issue. Him said their fights did turn physical, but he denied being abusive. He added that their relationship fundamentally lacked trust. Him’s popularity spiraled down after the scandal, but his image did end up recovering after starring in a series of successful television dramas and marrying Tavia Yeung (楊怡). 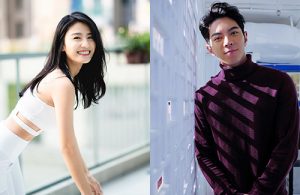 After a bathroom scandal that singlehandedly crushed her TVB career, a photo of Coffee  kissing Joey was leaked. It was said that Coffee leaked the photos herself as a publicity stunt, but she had vehemently denied it. It was said that Joey was scarred by the incident. Rumors said Coffee was Joey’s first girlfriend. 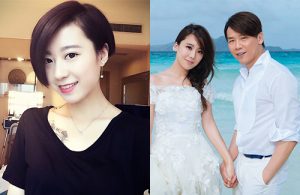 The Taiwanese R&B star married Penny Chiang (江佩蓉) in 2014. The following year, artist manager Ada Yang revealed to the public that she had dated David for six years, in which David was with Penny for two of those years. She published a series of intimate text message exchanges as proof. Though David initially denied cheating, he later admitted to the affair in a press conference. But David and Penny’s relationship pulled through in the end; last year, they welcomed their first son.

Mavis Pan: “My First Date With Raymond Lam Was On His Bed!”