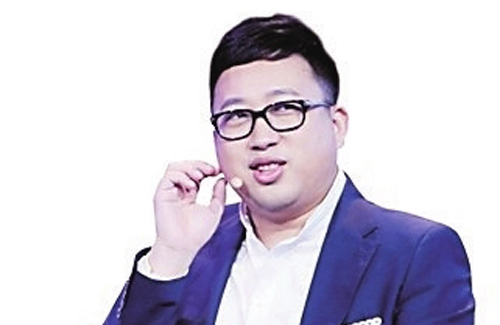 Fans are being pushed to their limits again after reports surfaced stating that producer Yu Zheng (于正) is on his way to adapt another Jin Yong (金庸) classic wuxia novel – The Heaven Sword and Dragon Saber <倚天屠龍記>. Yu Zheng was earlier criticized for his flawed adaptations of Jin Yong’s The Smiling, Proud Wanderer <笑傲江湖> and Return of the Condor Heroes <神鵰俠侶>, which is currently wrapping up post-production.

Yesterday, a netizen shared a screenshot of his conversation with Yu Zheng through their Weibo blogs. In their brief chat, Yu Zheng admitted that he has purchased the filming rights of The Heaven Sword and Dragon Saber and signed the contract last week. Yu Zheng confirmed this piece of news in a later media interview. He added that though the rights are purchased, he will not be working on the project anytime soon. He said, “[This adaptation of ] The Condor Heroes is already perfection. To do another Jin Yong drama, we need to come up with more creative ideas, so as of now I will not be working on Heaven Sword in 2014.”

Many netizens and fans of the original Jin Yong classics were unhappy with Yu Zheng’s announcement. One netizen mocked, “You called your own work perfection. Have you forgotten to take your medication?” Another said, “You and Mr. Jin Yong must be enemies. You are always ruining his works.”

Another angrily expressed, “He ruined my Chongying [Linghu Chong and Ren Yingying], ruined my Little Dragon Girl and Yang Guo, and now he will ruin my favorite Zhao Min and Zhang Wuji!” and “Please do not ruin my goddesses! They are innocent!”