Recent political changes in Thailand called for martial law to be put in place. Artistes from Hong Kong and mainland China currently working abroad in Bangkok are worried about possible danger, since fully armed local Red Shirt soldiers regularly patrol the streets in the city.

Bowie Lam (林保怡), who is filming for new movie Masseur <按摩師>, called home yesterday to inform family members he is safe. Bowie explained the street situations are intense, and many citizens aim to hurry home prior to 10 p.m. each night. “[In the evening], a car ride that would usually take half an hour took two hours. I was really scared of losing wifi and being unable to communicate with the outside world.”

To ensure his safety abroad, Bowie’s manager kept a full schedule of his work shifts. Furthermore, Bowie praised his driver for being very cautious, “My driver is great; he avoided the streets where the soldiers stood guard. We did run into those who were holding real weapons, but luckily they were friendly because they knew we were only filming.” Since most of the filming for Masseur takes place in the less affected suburban areas, progress has not been stalled.

In related news, Patrick Tam (譚耀文), Natalie Meng (孟瑤), and local Thai actress Poyd are busy with new film, Thailand Love <泰戀>. Patrick revealed that due to the worrisome circumstances, all their morning scenes have been cancelled for safety purposes, and the cast stayed in their hotel.

Although Meng Yao seemed to enjoy her free time swimming and relaxing indoors, she posted her worries and anxiety on Weibo. As a local, Poyd stayed home in the mornings to study her script and deal with other work. Much of her scenes have been cancelled, since they mostly take place in isolated forests and temples. 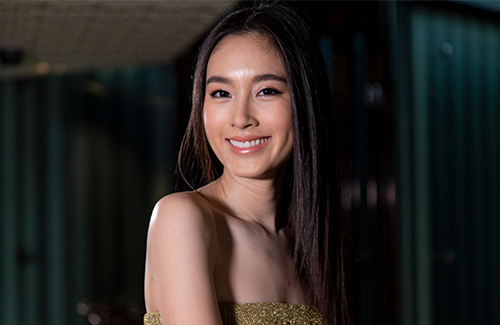 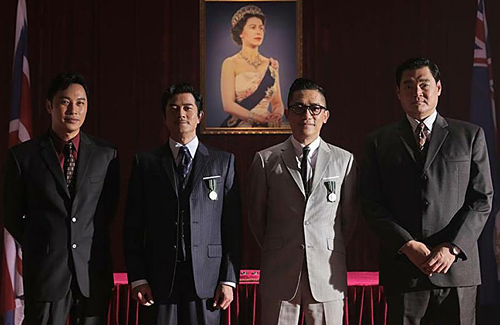