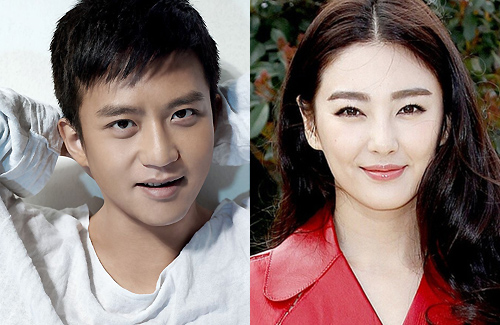 Kitty first worked with Stephen in CJ7 (長江七號) and gained fame from that role. They later fell out in a highly-publicized contractual dispute. Yet, in a recent incident where several celebrities spoke up to criticize Stephen for “loving money more than friendship”, Kitty defended Stephen, “He is a very nice person who looked after me when I was filming with him. He is both a hardworking director and a professional actor. He may have his quirks, but he is also very talented. Perhaps many people have misunderstood him, so he shouldn’t bother about their remarks.”

Response to news of Kitty’s renewed working relationship with Stephen has not been very positive in the industry. One of the angriest and most vocal responses came from Terry Yang (楊顯然) a manager who used to work in Stephen’s management company and once managed Kitty. He wrote on his Weibo, ostensibly addressing Stephen, “Is there a lack of good actresses in this world? How can you let someone who fell out with you and broke your contract star in your films again?”

The choice of male cast has also sparked some discussion, although definitely on a less controversial level. Stephen picked Deng Chao to play his lead male character, even though Show Luo had previously worked with Stephen in Journey to the West: Conquering the Demons <西游·降魔篇>. Stephen explained that he had considered giving the lead role to Show, but ultimately chose Deng Chao due to his overwhelming popularity in Mainland China. Stephen also has confidence in Deng Chao’s comedic talent, having observed his performances in the slapstick-style The Breakup Guru <分手大師>, and variety show Running Man: Chinese Edition <奔跑吧兄弟>.