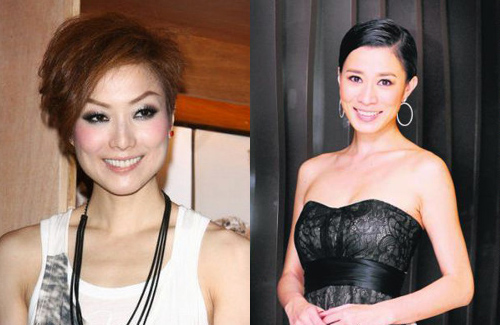 New developments for the movie version of Triumph in the Skies <衝上雲宵> indicate that Fala Chen (陳法拉) and Kate Tsui (徐子珊) were kicked out of the cast and were respectively replaced by Sammi Cheng (鄭秀文) and Charmaine Sheh (佘詩曼) as the film’s two female leads.

Pre-production for the movie version of the TVB drama Triumph in the Skies began last year and has been gathering pace. The film, which is rumored to be a “loose” continuation of last year’s summer hit Triumph in the Skies 2, sees Francis Ng (吳鎮宇) and Chilam Cheung (張智霖) reprise their roles as senior pilots for Skylette Airlines. Louis Koo (古天樂) is also confirmed to star and will be portraying a pilot.

Earlier reports claimed that Fala Chen, who starred as Holiday Ho in Triumph in the Skies 2, would reprise her role as Skylette Airlines’ second officer in the movie. The producers and casting directors of the film also considered to cast Kate Tsui to play Chilam’s former girlfriend. However, the latest reports claimed that both actresses were dropped. Their roles were ultimately handed over to Sammi Cheng and Charmaine Sheh.

According to these reports, TVB dropped Kate in favor of Charmaine because TVB promised to give Charmaine a female lead role if the movie enters production. Fala Chen was exchanged for Sammi Cheng due to the latter’s greater star power.