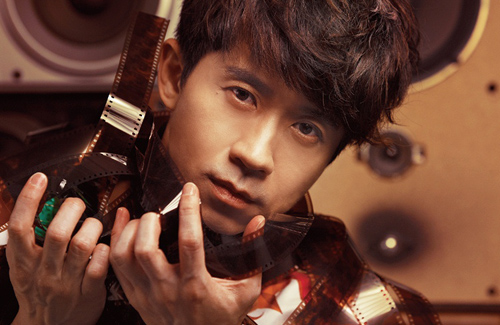 If this is your first time listening to Michael Wong (光良), you will feel a surge of familiarity. If you have always been a fan, you will feel that he has never left your side. Known for his comforting ballads and touching lyrics, Michael Wong’s music never fails in providing the listener with warmth, affection, and love.

The Malaysian singer-songwriter’s nostalgic new album, Crazy Memories <回憶裡的瘋狂>, consists of ten ballad tracks with lyrics that all gear towards a similar theme: memories. There are memories of sadness, memories of happiness, and even memories of surreal confusion. Through this album, Michael hopes that our memories – whether painful, tragic, or crazy – should not be forgotten, but instead should be seen in a new light. It was these memories that made us who we are today. “Let us grasp the present and create more crazy memories of the future!” is the motto of the album.

“Crazy Memories” is composed by Michael himself, with lyrics helmed by Huang Ting. The music video stars Taiwanese actress Tammy Chen (陳怡蓉) as a young pair of friends who reflect on past memories together. Michael and Tammy filmed the entire music video under 18 hours. Tammy praised Michael’s acting, “I’ve only heard him sing in the past. I never thought his acting would be so natural too! Maybe with time he’ll get the film king award!”

Tammy could not contain her excitement when Michael asked her to star in his music video. “Many of the actresses [Michael] has worked with in the past, such as Gwei Lun Mei (桂綸鎂), Angelica Lee (李心潔), and Rene Liu (劉若英) have all been nominated for Best Actress awards. Hopefully I can have that luck too!”

Crazy Memories, produced by XY Music, was released on July 8, 2013.

“Happiness is Around” – Audio Only