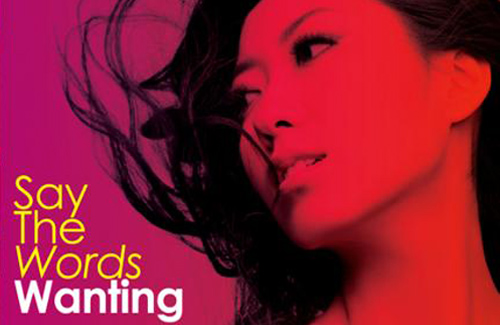 After the release of her second album, Say the Words <我為你歌唱>, last October, mainland Chinese singer-songwriter Wanting Qu (曲婉婷) embarks on her first North American tour, which will make stops in Canada, New York, and California.

As the first Chinese singer-songwriter to be signed under both Universal Music China and Canadian music label Nettwerk, Wanting has developed into an international musical phenomenon. She composed and penned her entire second album, which contains a mix of English and Chinese songs. She also had the opportunity to work with Grammy Award-nominated record producer Ron Aniello, who has worked with artists like Bruce Springsteen and Sixpence None the Richer. Last year, Wanting was even invited to serve as the Vancouver tourism ambassador in mainland China.

In order to bring her music closer to her fans, Wanting decided to hold a North American tour, complete with an exclusive tour bus bedecked in pink. Spanning 1.5 months, her Say the Words tour will feature a total of 17 concerts, with the first held on February 20 in Vancouver, Canada. After performing in six more Canadian cities, Wanting will head to the United States for seven additional concerts in cities like New York City, Philadelphia, Chicago, and Los Angeles in March.

According to reports, Wanting will also hold an Asian tour later this year. Though not all of the locations have been confirmed, she is expected to appear in Hong Kong on May 23-24, in Beijing on May 30-31, in Shanghai on June 21, in Taipei on June 27, and in Guangzhou on July 5.