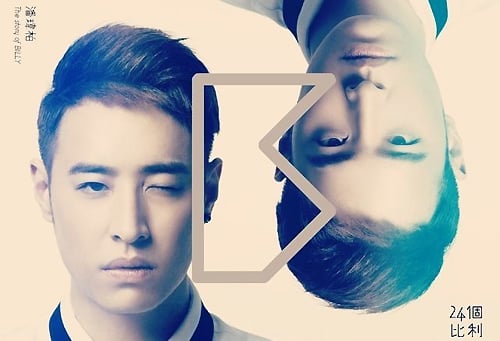 Will Pan won the “Lead Singer of the Year” award. Although the American-born 32-year-old has been in the music industry for ten years,  he hoped to continuously improve his music as a newcomer would do so. Although his latest album, The Story of Billy, was only released on August 31, it has already made waves throughout Asia. Will revealed that his idols are Jacky Cheung (張學友) and Andy Lau (劉德華), due to their influence on the music industry.

Jiro Wang was surprised by his “Most Popular Singer” award at the 5th Beijing Billboard Music Newcomers Festival. His music company did not tell in Jiro in advance, “They told me to attend with the mentality of a guest performer.” When Jiro’s name was announced, he was taken by surprise. One of his fans started crying emotionally, upon which Jiro hugged her.

Wanting Qu (曲婉婷) won the “Best Album of the Year” award. With her soulful voice and popularity soaring since her hit song, You Exist in My Song <我的歌聲裡> was featured in Love in the Buff <春嬌與志明>, Wanting’s music have sold extremely well in mainland China and Hong Kong.

Along with Wanting’s rising popularity, many people have posted their own covers online. Wanting said, “My songs are like my children. I have my stories inside them.” She did not support renditions of her songs for commercial purposes, but did not mind fans posting covers where they sing at home with their own music accompaniment. “Those are very cute fans. They love my songs which is why they do that. I am referring to all the other types of covers, which make me feel uncomfortable.”

As G.E.M Tang (鄧紫棋) was a guest performer at the music festival, Wanting expressed interest to collaborate with the Hong Kong singer.