Taiwanese actor/ singer Jiro Wang (汪東城) is a big fan of anime, manga, and online video games. He is also well known in the entertainment circle as a lover of cosplay. Recently, he was invited as a guest on variety show Truth Everything 2 <花花万物 2>, which is hosted by Dee Hsu (小S) and Kevin Tsai (蔡康永). In the episode, Jiro gave a tour of his home, which features a gym, library, and toy rooms. 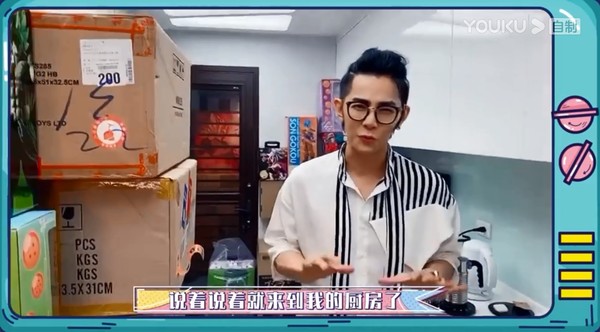 Although Jiro lives with his mother, their kitchen clearly looks like it hasn’t been used for cooking in a long time. The floor is crammed with boxes of stuffed toys, and even the stove is filled with random objects unrelated to cooking. Jiro joked in a self deprecating manner, “I’m sorry, this kitchen definitely looks like it’s missing a lady of the house so there’s no one to cook. Over time, it has became my storage area….”

In his library, Jiro displays memorabilia and gifts he received from fans. Many toys were seen on the shelves. 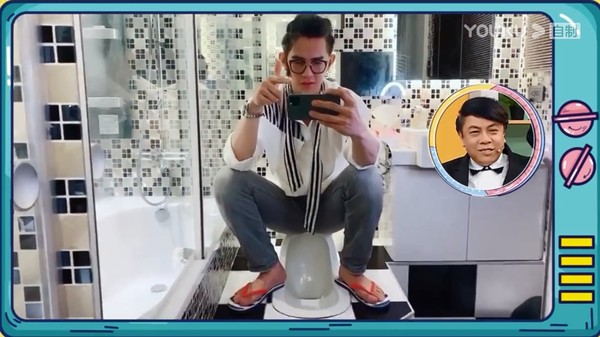 Leading the filming crew into his washroom, he had installed a squat latrine instead of a western style toilet. He jokingly demonstrated the best squatting posture for his toilet. 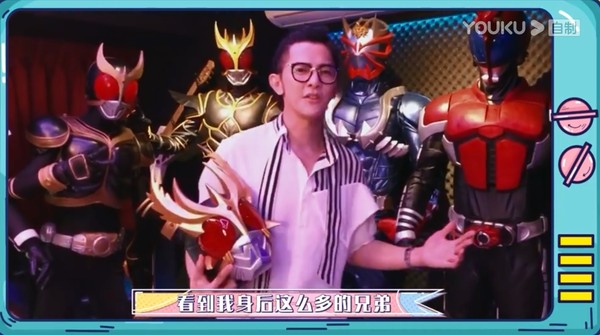 Saving the best for last, Jiro has a special room dedicated to his seven life-sized, 1:1 ratio Kamen Rider figures. Kamen Rider was a popular manga, television, and film franchise featuring a superhero with an insect motif.