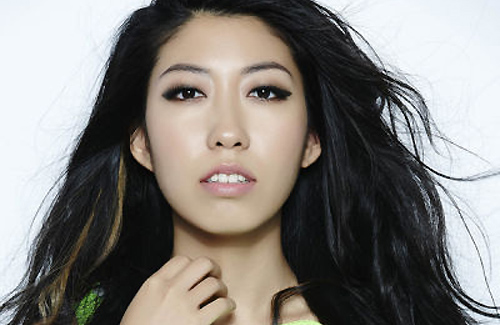 Chinese singer-songwriter Wanting Qu (曲婉婷) shot to prominence in the Chinese music industry after the release of her 2012 album, Everything in the World, which reached platinum status in various countries and territories.

On September 11, after a year of working on her new studio album, which will drop in mid-October, Wanting released her comeback Chinese single “Love Ocean” <爱的海洋>, the first plug for her upcoming October album Say the Words <我为你歌唱>. The single has reached over 5 million streaming counts on mainland China’s QQ. The song is also currently performing well on airplay charts from mainland China’s MusicRadio, CityFM, Taiwan’s Hit FM, Malaysia’s MY FM, Singapore’s You FM, Los Angeles’ AM 1300, and Canada’s Chinese radio stations.

Wanting recorded the entire album in North America, and is credited as the songwriter for a majority of the tracks in Say the Words.  The first promotional single “Love Ocean” is dedicated to her family, friends, and fans, thanking them for their unconditional support while she was working overseas. She also thanked the fans for inspiring her to make more music.

“I do hope that I can be an idol to the millions of fans out there, but without good music as a foundation, it would be difficult to achieve that.” She added that she understands that a singer’s stardom cannot last forever, and rather fans remember her as an original songwriter instead.

TAGS: Everything in the World, Say the Words, Wanting Qu