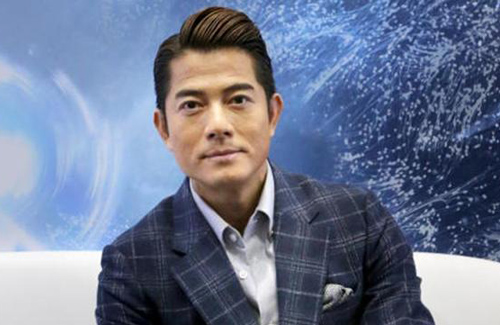 The 54-year-old award-winning actor is rumored to have slashed his fees to show support for the industry during this tough period.

Aaron Kwok (郭富城), who has a string of Best Actor awards to his name, has always been a supporter of the local film industry. Recently, the industry had been impacted by the coronavirus pandemic, with productions being halted. It was rumored that the 54 year old has decided to cut his filming fee by 30 percent to take on producer Cheang Pou Soi’s (鄭保瑞) new film, in a gesture of solidarity with the industry during this difficult time.

Manager Responds, Says Fees Have Not Been Decided Upon

When contacted, Aaron’s manager Siu Mei (小美) replied through a message, “Yes, there have been talks with a film production recently. The theme and cast of actors are both great, but everyone is still in discussions. The details haven’t been worked out, so the fees have not been confirmed. There wasn’t any request for a ‘discount’. It’s a slowdown for the industry now–if everyone wants to tide through the situation together, there is room for negotiation.”

She expressed hope that the pandemic would come to an end soon so that everyone can resume their normal lives and work routine, and that everyone could be gainfully employed. A day ago, Siu Mei also appeared at a prayer ceremony to mark the start of filming, and to lend support to the group of friends she had not met in a while.