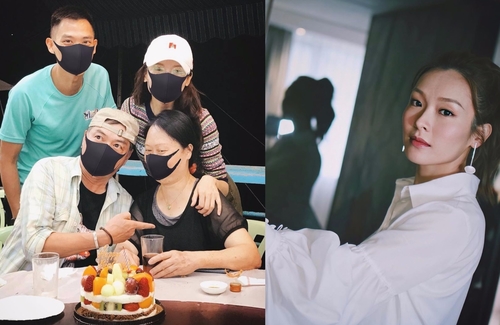 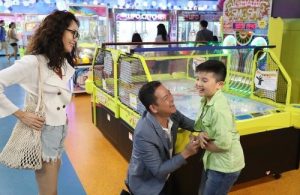 In the currently airing TVB drama, Death By Zero <殺手>, Ali Lee (李佳芯) plays a single mother who works hard to earn money for her family. In reality, the 37-year-old is also very career-oriented. After Ali snagged the Most Improved Female Artiste award in 2016 and the Best Actress title in 2018 at the TVB Anniversary Awards, her career has been on the rise. With Ali finally receiving recognition from viewers, the actress put her family on the back burner so that she could focus on work.

She shares in an interview, “I neglected my family, especially within these past few years when my career picked up. This neglect is hard to realize because every day when I wake up, I can only think about what I have to do for work and how busy I will be.”

Her Mother Cried After Hearing Her Voice

Since Ali and her mother tend to keep everything bottled up, Ali did not realize how much her mother missed her until recently when she answered her mother’s Whatsapp message with a voice recording. “She just asked me a simple question, but she started crying after hearing my voice. It made me scared, and when I asked her why [she was crying], she said it’s because she hasn’t heard my voice in a long time,” Ali said.

After her mother’s emotional outburst, the actress reflected upon her actions and realized that she hasn’t gone home for dinner or visited her family during the three to four months that she was filming. She expressed, “I didn’t even have time to sleep or go eat while filming. I only noticed when people around told me that I had not seen my mother in a long time.”

Acknowledging that it’s easy to neglect loved ones in chaotic and stressful times, Ali said she needs to learn to prioritize her family better. She expressed, “Even though work is important, I also believe that my health and family are important. I need to find a good balance for these three aspects.”