Andy Lau’s Daughter Enrolled in Two Kindergartens At Once? 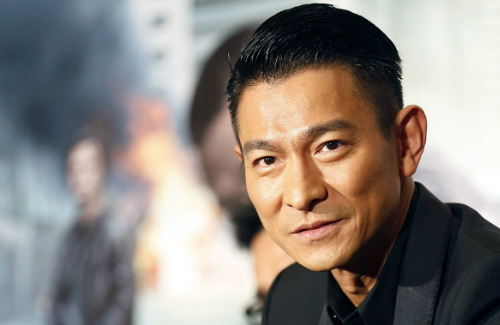 In the blink of an eye, veteran actor Andy Lau’s (劉德華) beloved daughter Hanna Lau (劉向蕙) is 3-years old and ready to enter kindergarten this coming September. Understanding the importance of early childhood education, Andy actively searched for the best schools in Hong Kong and has already brought Hanna to five interviews. Currently accepted into two schools, Andy is unable to narrow it down and has reportedly decided to enroll his daughter in both.

Hanna has been accepted into Good Hope School and Hong Kong Soka Kindergarten. However, Andy and his wife Carol Chu (朱麗倩) share differing opinions in terms of which one their daughter should enter. While Andy prefers Good Hope School since it is one of the top local kindergartens well-recognized for academic performance, Carol hopes Hanna can lead a more common lifestyle in a slightly less high-profile learning environment. Furthermore, Good Hope School is a Catholic school, but Andy and Carol are devout Buddhists.

An insider spilled that Andy has decided to pay the fees for both schools and have all the uniforms made. Hanna would be attending one kindergarten in the morning, and switching to the other in the afternoon. Although this would require extra money and effort, Andy reportedly did not want to risk choosing the wrong school for his daughter. When questioned about the matters, Andy said simply, “I have no comment. Thanks for the concern.”

Since the birth of his daughter, Andy spent as much time at home as possible when there was no work. Even if he had to leave Hong Kong, he would video-chat with Hanna on the phone every day. When Andy once attended a promotional event in Beijing, Hanna said through the phone, “I really miss daddy!” He then replied, “You should go to bed early, and you’ll see daddy when you wake up the next morning!”

Hanna then went to bed immediately, woke up at 5 a.m. the next morning, did not see her father, and sat outside his bedroom door to wait. When Andy returned home to his waiting daughter, he was unable to hold back his tears.

1 comment to Andy Lau’s Daughter Enrolled in Two Kindergartens At Once?