Angela Chang Reacts to Rumors of Her Mistreating Her Mother 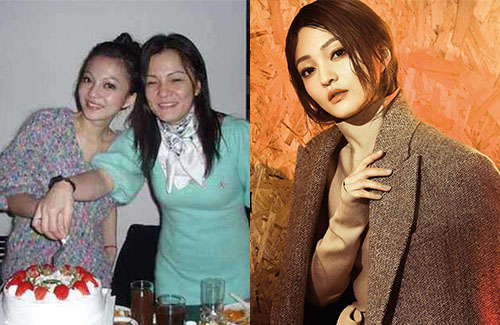 Back in 2009, it was widely reported by the Taiwanese media that Angela Chang (張韶涵) and her mother had a falling out due to money. It’s been nearly ten years after the debacle, and not much has changed. 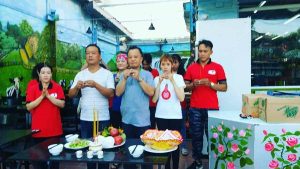 In May, Angela’s uncle Chiang Li-le (姜禮樂) revealed to the press that Angela did not keep up with her promise of giving her parents NT$60,000 a month and an apartment. Angela’s mother has been instead spotted in Vietnam, working as a cook and earning only NT$12,000 a month for a living. A photo of Angela’s mother with the restaurant’s workers has been circulating online.

The media urged Angela to respond to the rumor, but she stayed silent.

It wasn’t until a video of a group of students singing to Angela’s “Invisible Wings” <隱形的翅膀> when Angela finally reacted. The circulation of the video was initially meant to wish all students luck on their national exams, but Angela found that the lyrics resonated with her own situation too.

“No matter how many times I hear it, nothing can replace the influence of this song,” said Angela. “It makes us feel warm and powerful, just like how Angela Chang cannot be replaced.”

Angela made another post a day later after reading fan comments. she said, “This came when I most needed it. Thank you. I wish everyone the best of luck on their national exams.”

Fans rallied their support for Angela, telling her to stay strong against the backlash. In regard to the rumor, a fan pointed out that Angela’s mother was dressed well in the circulated photo, and looked like the owner of the restaurant. Angela’s uncle responded by saying that she does not own the restaurant, but is working there to repay her debt.