As the police is investigating Kris Wu (吴亦凡) for teen rape allegations, the singer’s fetish towards young girls was already apparent years ago. While starring in a 2019 variety program, Kris had flirted openly with then 17-year-old Angel Zhao Jinmai (趙今麥).

On the show Fourtry <潮流合夥人>, Kris ran a fashion store in Tokyo with Wilber Pan (潘瑋柏), Fu Ke Si (福克斯), Angelababy, and Zhao Jinmai. While Kris was amicable with his co-stars, he was especially warm towards Jinai who filmed a variety program for the first time. Kris was often caught starting conversations, making eye contact, and initiating physical contact with the teenage actress.

In one incident, Kris saw Jinmai trying on a new outfit and praised her cute looks. When Kris took Jinmai’s hand and said he wanted to take her home, Angelababy interrupted, “Is she your daughter?” as if she was trying to emphasize their age gap. 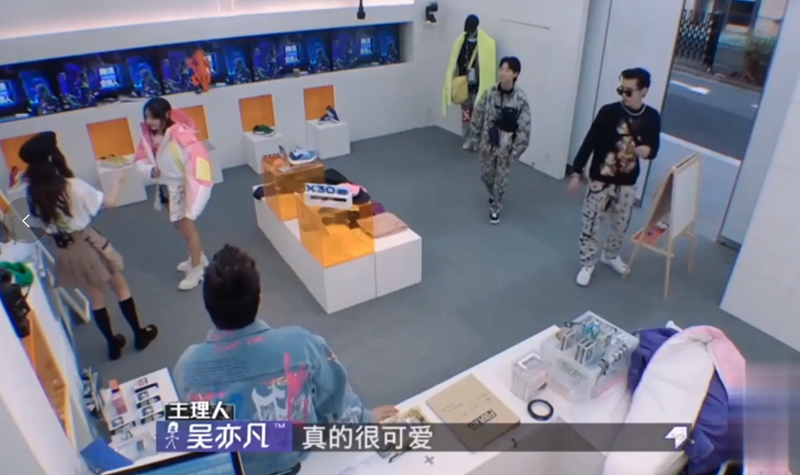 In another episode, Kris asked Jinmai which of the three male co-stars she would want to be her boyfriend. Breaking up the awkward situation, Angelababy came to the rescue once again and changed the embarrassing question to, “Who do you think is the most handsome?”

As Kris was responsible for driving the cast around the city, he tried to get Jinmai to sit in the passenger seat. Netizens noticed that she may have been uncomfortable, and tried to deflect the invitation by asking, “So I would be focused on talking to you?” Angelababy also made a snide comment that she did not think Jinmai wanted to sit in the front.

Later, Kris was busy setting up the scene while Jinmai was chosen to work outside. Through the camera angles, a hand was seen trying to reach out to Jinmai but when Kris saw this, he rushed over and tried to touch the actress. Angelababy, who was sitting nearby, spoke out to stop the unnecessary physical contact.

In light of the grim allegations against Kris, netizens commented that they felt uncomfortable when they re-watched the scenes in Fourtry, especially since he was obviously attracted to Jinmai.

Many netizens also praised Angelababy’s protective behavior, “It is clear that Kris likes girls with little experience, and that’s why he always tried to make a move on 17 or 18-year-old girls. Angelababy did well–it seems as if she was always trying to protect [Jinmai]. Maybe Angelababy knew about Kris’ true nature.”