Claims of singer/ actor Kris Wu‘s (吴亦凡) predatory sexual behavior generated a social media storm in China, which also poured into international news headlines due to the case’s Harvey Weinstein overtones. Initially only a scandalous piece of news, the police is now investigating the case due to public uproar, and already arrested a man named Liu who extorted money from the singer. 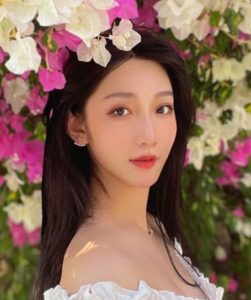 The controversy blew up because 19-year-old college student/ influencer Du Meizhu (都美竹) accused Kris of sexual assault, after organizing casting calls at his house and plying her with alcohol. When she accused him of violating other underage girls, over two dozen girls also came forward to reveal accounts of Kris’ predatory behavior in varying degrees of severity.

The police in Beijing’s Chaoyang district released the case’s latest findings thus far.  Kris admitted to the police he had sexual relations with Du Meizhu on December 5, 2020.

According to the police, Du Meizhu attended a party at Kris’ home where more than 10 people played board games and drank alcohol together on that day. At around 7 a.m. the next morning, the other people left but Du Meizhu stayed behind and had sex with Kris. Du Meizhu left after having a meal at Kris’ house, and they added each other’s WeChat. On December 8, Kris transferred 32,000 Chinese yuan to Du Meizhu for online shopping. The two maintained contact on WeChat through April 2021.

While the police established these occurrences, they are still investigating Du Meizhu’s allegations of sexual assault.

However, the police also revealed how Du Meizhu’s allegations came to emerge on social media.  The influencer had discussed with her female friend, Liu, and agreed to publish a social media post about Kris’ predatory behavior in order to “gain more visibility on the Internet.” Liu made the first post on June 2, 2021, while Du Meizhu published three posts from July 8 to 11.

Du Meizhu’s posts quickly went viral, and were noticed by a male writer name Xu, who reached out to her and offered to help draft posts in return for monetary payment. Xu wrote 10 posts, including the “ultimatum” directed at Kris, which were released by Du Meizhu on her account from July 16 onwards.

An Opportunity for Extortion

In addition, Du Meizhu had exposed on social media that Kris had wired her 500,000 Chinese yuan in an attempt to silence her, but she sent back the money. Police findings reveal that an extortionist, unknown to either party, had defrauded the money.

Liu, a 23-year-old man from Jiangsu province, had read about Kris’ controversy in the news and saw it as a golden opportunity for extortion. He allegedly posed as Du Meizhu and contacted Kris’ mother, demanding CNY 3 million to settle the matter. On July 11, Kris’ mother transferred 500,000 RMB into Du Meizhu’s account.

Unable to get his hands on the full amount requested, Liu made a fictitious WeChat account to contact Kris’ lawyer while posing as Du Meizhu’s lawyer, and requested the remaining settlement amount of CNY 2.5 million.

Later, Liu pretended to be Kris’ lawyer and requested that Du Meizhu reach a settlement or return the CNY 500,000 Kris’ mother had sent. Du Meizhu, who never had the intention of settling, sent the amount back to Liu.

On July 14, Kris’ mother contacted the police, alleging that Du Meizhu was blackmailing them. After some digging, police suspected Liu as the defrauder and arrested him.

The police is still investigating teen rape allegations towards Kris which were exposed online, and will handle the case accordingly based on the findings.