Shifting her focus to the Chinese market in recent years, Anita Yuen (袁詠儀) is a popular figure in variety shows due to her straightforward personality. Anita admitted that she is a strict parent, and her 15-year-old son, Morton Cheung (張慕童) refers to her as a “No Mom,” as she often denies his requests.

Recently, Anita was invited as a guest on the parenting variety show, Be With You 2 <我的小尾巴2>. When dealing with Morton’s past episodes, the 50-year-old actress shared that her parenting motto is “but will [he] die?” She would often let her son cry it out when he was younger. When Morton refused to eat, she did not coddle him, and would let him go to bed hungry rather than give in to his demands.

Although severe, Anita believes that neither of these situations would cause him death or serious harm, and instead uses it as a teaching moment. She expressed, “Have you ever seen a child cry to death? At some point, he will tire out. I will watch him and make sure he’s not in any danger, but I will let him cry it out. Once he is done crying, then we can discuss it.”

Recalling another incident when Morton refused to eat, Anita shared, “You don’t want to eat it? Okay, then don’t. The doctor said you can go three days without eating before you starve and die.”

When Morton falls, Anita would not rush to his side to help him up. Instead, she would encourage him to stand up on his own.

However, there was a time when Morton’s accident gave Anita a scare. One day, Anita and Morton were chasing each other around the house. While playing around, Morton accidentally bumped his head onto the table. “I heard a loud bang and got scared. When he stood up, there was blood dripping down his face. The wound was big. In that moment, I was so nervous that I began to have hot flashes. I  immediately called the doctor. Morton comforted me instead, and said he wouldn’t die from it.” 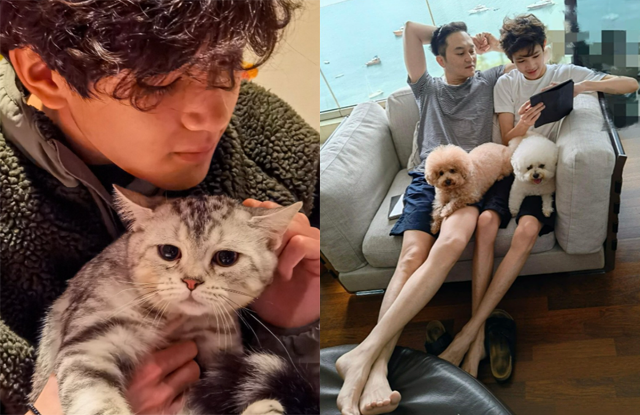 Since her father was a police officer, Anita grew up in a very strict environment. Her upbringing may have contributed to her authoritarian parenting style. As Morton enters his teenage years, Anita began noticing that their relationship is strained and he is becoming more distant.

Hoping to warm up their communications, Anita sought out family therapy and was advised that she was the source of the problem with her parenting style. From then on, she began learning from her husband Chilam Cheung’s (張智霖) more relaxed approach to parenting.