Are Roxanne Tong and Joey Law Living Together? 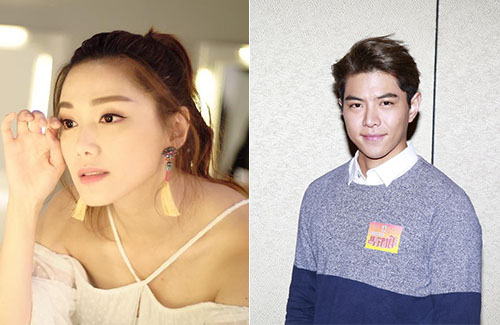 It’s no longer a secret that Roxanne Tong (湯洛雯) and Joey Law (羅天宇) are dating. Roxanne has said before that the couple have already seen each other’s parents, and she did not deny the possibility of a quick “flash” marriage. The 30-year-old actress, who made her debut through the Miss Hong Kong Pageant in 2012, has been spotting going in and out of her home in Hung Hom, which she reportedly shares with Joey. Roxanne and Joey, both rising stars, have been dating for four years.

A few days ago, the paparazzi spotted the couple out on a simple date in Kwun Tong. After Joey parked his car, the couple went into a supermarket for lunch. Roxanne was dressed simply in a pink t-shirt and shorts. The two discussed about what they should eat, but when passersby started to recognize them, the two moved apart and ordered their food separately. The couple left for Kowloon Bay about an hour later.

And yesterday, after a full-day of work, Joey was spotted picking up a few plates of food before going back home. Maybe he’s going to make dinner with Roxanne?