Filming one drama after another, Arnold is in high demand, emerging unscathed from his DUI arrest last year and cheating allegations in his last relationship. He will be busy filming two new dramas in the works.

Playing a fast food restaurant manager in Power Envoy, Arnold’s relationship with Moon Lau (劉佩玥) will be threatened by Ruco’s appearance, with the two leading men later competing for her affections.

It will be the 27-year-old actor’s first onscreen collaboration with 30-year-old Moon. Nicknamed as one of the F4 members alongside Life On the Line‘s <跳躍生命線> Matthew Ho (何廣沛), Joey Law (羅天宇) and Bob Cheung (張彥博), the four actors had emulated popular 2000s boyband F4 in a music video. Arnold shared that after his current role, all of the F4 would have co-starred with Moon.

Keen to Learn From Ruco

Arnold recalled his past experience working with Ruco, “Actually I had worked with Ruco in my first drama after my artiste training class. I really need to learn from him–I also looked at the scenes and need to improve myself. After filming this drama, I’ll have another one in mid-June. I need time to prepare for my pediatrician character.” 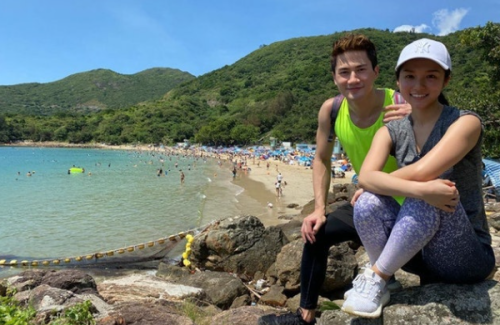