Artists Admit to Losing Virginity at Age 17 and Younger 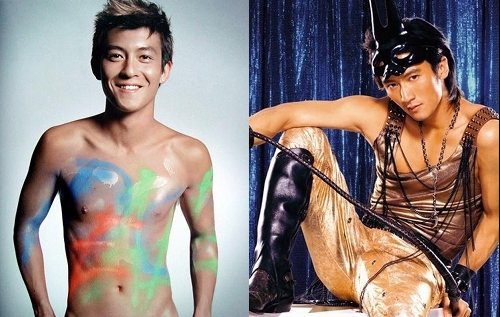 Recently, Wang Sum Ling’s ex-boyfriend, Fan Chih Wei revealed that she lost her virginity at age seventeen. This sparked recent discussion among netizens as to the age when several popular artists lost their virginity.

Growing up in the United States, Edison Chen lost his virginity when he was thirteen years old. He started having one night stands when he was fifteen. He was very sexually open and was quoted saying, “Making love is one of my favorite activities.”  Perhaps he spent too much time pursuing his “favorite activity,” as he was embroiled in the celebrity nude photo scandal in 2008, which involved Cecilia Cheung Pak Chi, Gillian Chung, Bobo Chan, and other actresses.

On a game show, Nicholas Tse was drilled regarding the first time he kissed, had sexual fantasies about an actress, the woman he thought about most frequently in the last year, etc. Although Nic never revealed the exact age he lost his virginity, he admitted that he was an “early bloomer.”

When Cecilia was seventeen years old, she returned to Hong Kong from Australia. She met Chu Wing Lun’s younger brother, Jason Chu Wing Tong (of the Young and Dangerous fame). After Cecilia and Jason broke up, she became involved in rumors with Jordan Chan Siu Chun, Daniel Chan Hiu Dong, Nicholas Tse Ting Fung, etc. At this time, Chu boasted to his friends, “You have to know that I was Cecilia’s first man!”

On an entertainment showJoey Yung implied that she lost her virginity at sixteen years old.

After getting baptized recently, Vanness Wu vowed to abstain from sex until he got married. While filming intimate scenes, he would make a small prayer to God. Vanness admitted that he lost his virginity at seventeen years old, after he got drunk one night. He regretted his lost of virginity to someone he did not truly love.

On an entertainment show, Vic Zhou revealed that when he was seventeen years old, “he grew up in one night.” His first kiss happened when he was a student. The kiss felt like a very light touching of the lips.

Jayne: It’s pretty common for American kids to be sexually active by age 14, but I personally feel that’s too young. Having sex means being responsible to yourself and to your partner (in regards to unwanted STDS, teen pregnancy, etc.) A 14 year old is still a kid. At that age, there are so many things that you need to establish a stronger foundation in life first: education, friendships, goals, relationship with family, etc.