Benjamin Yuen (袁偉豪) has lost his cool a few times on social media. The 39-year-old actor raged eight times in three years against netizens, and again lost his temper over criticism regarding his aging looks this January. He is also especially sensitive when gossip turns towards his marriage with Bowie Cheung (張寶兒) and how wealthy her parents are.

As relations in the entertainment industry can be complex, Benjamin would head the advice of feng shui masters. Appearing on Master’s Talk <師父有請>, Benjamin along with his “Crazy Runner” friends, Joel Chan (陳山聰), Elaine Yiu (姚子羚), and Brian Tse (謝東閔), listened carefully to host, feng shui master Mak Ling Ling‘s (麥玲玲) insight on how they can improve their luck and relations with other people.

In the past, a channeler told Benjamin that he had offended someone in his past life, leading to half his face being covered. This was speculated to have caused his initial career to suffer for 10 years after his debut. Following the advice to kowtow and apologize while repeating the person’s name 1000 times, Benjamin finally saw improvement in his career luck. He subsequently joined TVB and his opportunities increased.

Benjamin’s Aspirations for a Bigger Home

Believing good feng shui in the home would also improve prosperity, Benjamin moved every three years before getting married. He shared that the purchase of his current home was at the advice of his father-in-law. He spent several days budgeting before deciding to give it a try. While Benjamin’s current home has modern amenities, he does not see it as his final home.

“When I go running in Tai Au Mun, I usually pass by an abandoned house that resembles the home in Iron Man. Right outside the home is a cliff, and on the other side are a few trees. There is also floor-to-ceiling glass that looks out onto Clear Water Bay. I would love the chance to be able to live there, and to design my own garage and band room.”

Responding to Benjamin’s description of his dream home, Elaine feels that size does not matter. “[My ex-boyfriend’s] house had two security guards outside, and the helpers would greet him as ‘Young Master’ when he enters the house. He also had an elevator in his house! However, I felt that it was very lonely to live in such a large house. I may have to make a phone call to even find my mother. I want my home to be warm and cozy.” Realizing their lifestyles were incompatible, Elaine would still stay true to herself even if she were given the chance to choose again.

Acknowledging that he has also faced a lot of public pressure because of his wife Bowie’s wealthy background, Benjamin revealed he was hurt by the malicious gossip. “I’m fine if I don’t read the news. When I do see it, then I become unhappy,” the actor described his feelings when chancing upon the negative news while scrolling through his phone.

Facing allegations that he is financially dependent on Bowie’s family and unable to afford his current home without his father-in-law’s down payment, Benjamin responded with icy sarcasm on social media. “I’m very stubborn and every once in a while, I’ll speak my mind. Do they think I don’t have to pay off my mortgage? I have to make money, and I work to maintain my appearance but the netizens say I’m ugly and plastic.”

However, Benjamin did not let the negativity affect his marriage with Bowie. He has already earned his in-laws’ trust through his perseverance in furthering his career step-by-step. They also felt that Benjamin is the only one who can handle Bowie.

Joel on Dating the Rich

Benjamin’s feelings are easily understood by Joel, who advises Benjamin to not fight back with netizens’ gossip, and instead use his actions to prove himself. Joel once had an affair with rich heiress Florinda Ho (何超雲), a scandal which nearly destroyed his career. Joel said, “That experience led to my maturity. I am very thankful for that lesson–it is something that maybe 1 in 10 million people would encounter. It is not just me choosing a partner, but [she] also has a choice.”

Although the tabloids blew everything out of proportion, Joel’s family was also affected. “The situation made my family unhappy and worried, which in turn made me unhappy. Now, I feel like I can finally face myself. I have a son and a great wife, and my family finds comfort in that.”

His wife Apple‘s understanding and support made all the difference for Joel. “I was wrong before and made some wrong decisions, but does that mean I’m guilty for life? When my son was still inside my wife’s belly, she spoke to him: ‘You need to have your Dad’s perseverance and strength.’ Everyone knows I’m an ox. Thanks to my good friends’ trust during those days…our friendship is for a lifetime.” 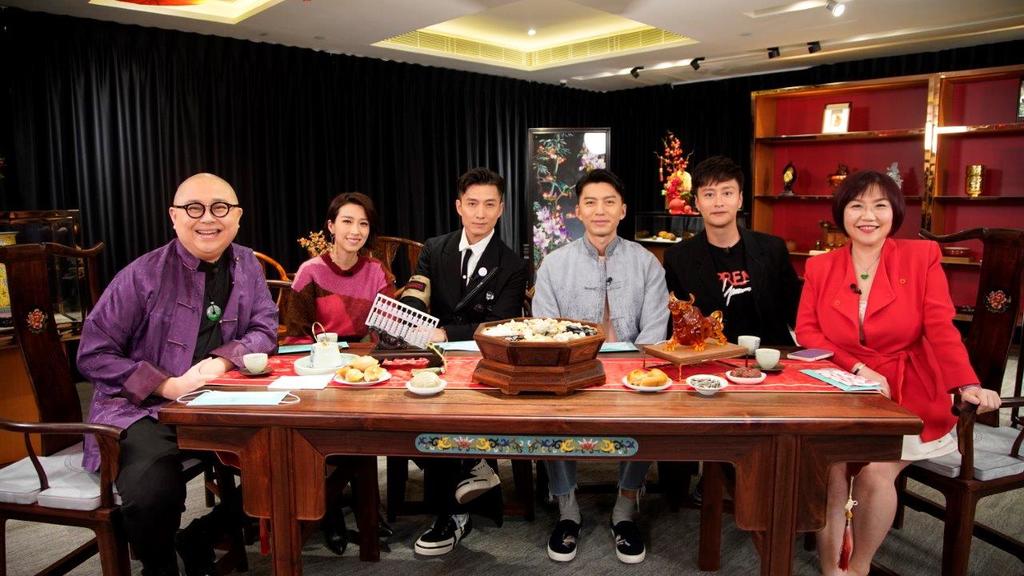