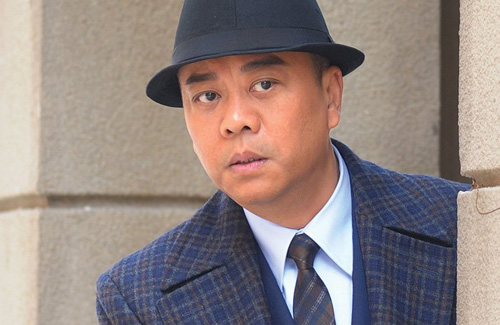 TVB’s summer line-up, Triumph in the Skies 2 <衝上雲霄Ⅱ>, and Always and Ever <情逆三世緣> revived the station’s earlier declining ratings. The return of  power duo, Bobby Au Yeung (歐陽震華) and Esther Kwan (關詠荷) managed to help Always and Ever peak at a high of 33 points since the pilot episode. Bobby, who is satisfied with the ratings, jokingly mentioned that he wants to film a fifth installment for Armed Reaction <陀槍師姐> with Esther.

As neither Bobby nor Esther is a contracted artist under TVB, viewers may have to wait a long time for the next collaboration between them. Bobby understands the pain of waiting over ten years for this opportunity and said, “Now that Esther is filming again, I want to film more with her too. In another ten years, even if I want to film series, Esther might not want to anymore, so viewers should treasure these moments right now! A while ago, I spoke to Esther about a possible project similar to Armed Reaction where she will still get to play a police officer. She said it’s a good idea so maybe this will be our next project!” Bobby added, “My partnership with Esther has never failed me in the past or my character from Armed Reaction would’ve been long gone!”

Despite having worked together several times in the past, Bobby and Esther have rarely garnered any romantic rumors. This is the case because Bobby revealed that outside of the filming studio, the pair did not have much interaction. While pegged for having great onscreen chemistry, throughout the filming for Always and Ever, Bobby stated that they never even had dinner together.

“The only time I would have dinner with her is when she tags along with Nick Cheung (張家輝) because I’m close friends with him. Thank goodness she married him or else we would probably never meet up. But Esther is a good friend. While filming Always and Ever, I fell sick and missed several days of filming. [After returning to the set], I still felt terrible. I asked if she can pretend to be sick [to shorten the filming hours] and she agreed.” Bobby was grateful for Esther’s understanding and tolerant nature, giving him a much needed break when his health was at its weakest.

However, according to Bobby, not spending time outside the studios does not meant they are not good partners. “I remember the scene where Esther knew I was going to kill her character. She knew I would be in grief after killing her. We practiced the hug during our rehearsal. When the cameras started rolling, Esther got into character quickly and flew into my arms. The feelings rushing over and we both cried emotionally. Esther’s a very quiet and focused person, so unless she knew you well enough, she would never hug you!”

For those who have never worked with Esther, she appears as overly serious – however, Bobby states that she is simply being professional. From the start, he was never afraid of Esther’s straight personality. Bobby praised Esther for being a good and honest friend and said that he once brought her a shrimp pork dish because he knew Esther did not have it in a long time.

Known for his playful and cheerful personality, Bobby likes to play pranks on fellow co-workers. He also enjoys making others happy, whether it is asking the cleaning ladies if they had dinner yet or giving actors the benefit of the doubt when it came down to rumors. When Bobby worked with Kong Wah (江華) in Happy Ever After <金玉滿堂>, Bobby brought him takeout breakfast knowing that Kong Wah was busy getting ready for his scenes.

And for his wife’s birthday, Bobby forked out the money and bought her 99 red roses to express his eternal love for her. Especially after being admitted into the hospital for acute pneumonia, Bobby treasures his wife and friends even more. “My wife thinks flowers are a waste of money so I haven’t bought any for her since our first Valentine’s Day together. This year, friends threw her a surprise party and I bought her a bouquet of roses; she burst into tears of happiness! This shows that you have to treasure those around you and take care of your health.”

Bobby added that he went overboard before in staying out late. He learned to take better care of my body and will not stay up past 3 a.m. on days he does not have work. “If I don’t play today, I can play tomorrow. Being too tired will harm the body.” He added, “Since the [acute pneumonia] incident where I saw many people worrying about me, I could never let it happen again.”

13 comments to Bobby Au Yeung on Working with Esther Kwan